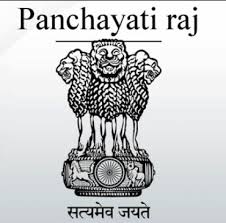 ‘Panchayat’, being “Local government”, is a State subject and part of State list of Seventh Schedule of Constitution of India. Clause (3) of Article 243D of the Constitution ensures participation of women in Panchayati Raj Institutions by mandating not less than one- third reservation for women out of total number of seats to be filled by direct election and number of offices of chairpersons of Panchayats. As per the information available with the Ministry, 20 States namely Andhra Pradesh, Assam, Bihar, Chhattisgarh, Gujarat, Himachal Pradesh, Jharkhand, Karnataka, Kerala, Madhya Pradesh, Maharashtra, Odisha, Punjab, Rajasthan, Sikkim, Tamil Nadu, Telangana, Tripura, Uttarakhand and West Bengal have made provisions of 50% reservation for women in Panchayati Raj Institutions in their respective State Panchayati Raj Acts. A statement showing the number of elected women representatives in Panchayati Raj Institutions (PRIs) in the country, State/Union Territory-wise is given at Annexure.

This information was given in a written reply by the Union Minister of Rural Development & Panchayati Raj Shri Narendra Singh Tomar in Rajya Sabha today.