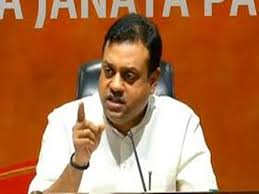 As per details shared by Patra, kamal Nath in MP while hosting a conference in MP had said,

“My muslim friends, you just have to tolerate the activities being conducted by Rahul Gandhi these days till the day of elections. Rahul Gandhi had always and will always be supporting muslim people who are the major part of Indian continent. Rahul Gandhi is wearing the sacred hindu thread just to garner the attention of Hindus til elections.”

Dr. Sambit Patra who is an Indian politician and is one of the official spokespersons of the Bharatiya Janata Party with the designation of National Spokesperson of the party lambasted Kamal Nath for making these remarks.

Responding to the words of Kamal Nath, Sambit Patra said,