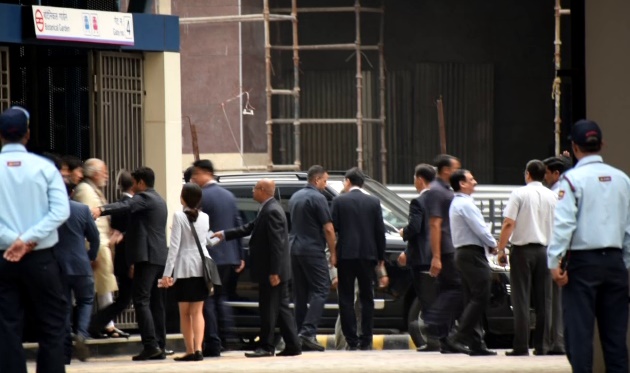 The expanded Samsung unit in 35 acres will produce 1.2 crore phones per month with a workforce of 70000 people.

It was a joyous day for hundreds of school children waiting to Greet the Prime Minister Narendra Modi and South Korean President Moon Jae-in at Sevral Spots in Noida.

The Students were excited to be see Narendra Modi for the first time in their life.

Ten News Caught with the Enthusiast Students, Before the Arrival of of PM Modi, Speaking to Ten News Students said, “We are very excited to be here . we got to know that PM will also be there, we became very happy. We wanted to see him since long.”

After arriving at Samsung plant the two head of states invoked the centuries old legacy of India-Korea ties.