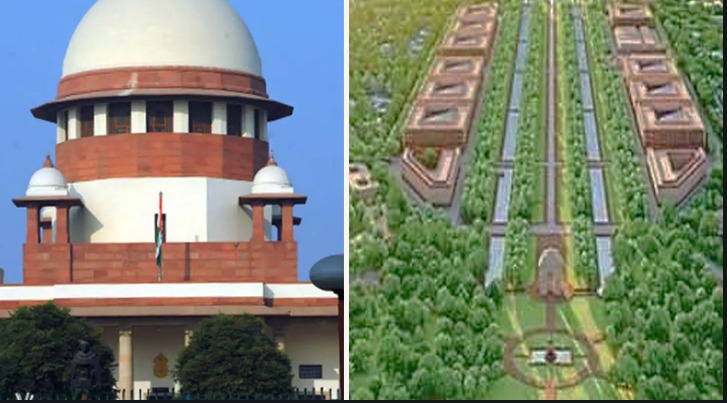 New Delhi [India], July 17, 2020: Supreme Court on Friday adjourned plea challenging the land use of the Central Vista project and will now be taking the matter for hearing on July 23.

The petition has contended that the Centre’s decision to commence Centra Vista project in the lawns of India Gate supersedes a Public Notice issued by the DDA which is under challenge and is being heard by the Supreme Court itself.

The petitions have also alleged that the project covering 86 acre in Lutyens’ zone is a “brash move” and will deprive people enjoying open and green spaces.

While commenting on the issue, one of the petitioners Lt Col (retd) Anuj Srivastava told Ten News, “We are waiting for a court order and I would be only able to comment on it after getting complete details because there will be a lot of nuisances. We are hopeful that our genuine concerns will be adequately addressed.”

Srivastava have opposed the Central Vista project on the ground that it involves a change in land use of the green area adjoining Rajpath and Vijay Chowk for building a new Parliament and government offices.

Outlining that the DDA doesn’t have power to bring about the proposed change in land use and master plan and only the central government can do so, Srivastava says, “There are several issues including environmental concerns and different pleas have been filed… ”

The planned Central Vista project is slated to cover a 3-km stretch from Rashtrapati Bhavan to India Gate in Lutyens” Delhi. Several new government buildings and a new Parliament House are among the project.