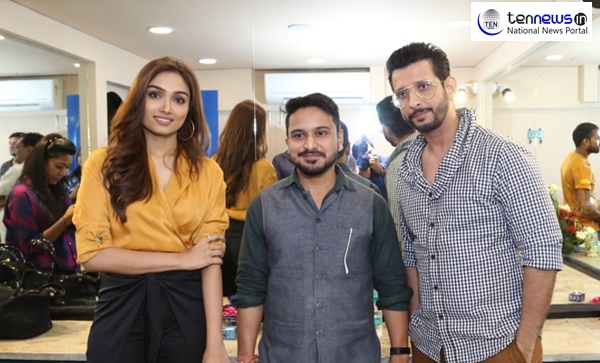 New Delhi: STYLE ‘N’ SCISSORS has announced the official launch of their 12th salon in Vikaspuri, New Delhi. The Beauty Salon across the country is expanding significantly. The trend is partly the result due to its immense popularity for innovations and services along with a strong customer loyalty.

Speaking on the event, Ritu Deswal, Owner, Style N Scissors said, “It gives me immense joy to have our 12th salon, at Vikaspuri in New Delhi. We are taking baby steps towards our dream. We are blessed to be introducing our salon in time with the festivities and Durga Puja. It is a great moment for all of us at Style N Scissors Salon and we look forward to adding more smiles in the lives of people of Delhi”.

On the Occasion the Launch Talented Actor Sharman Joshi congratulated the entire Team of Style N Scissors and for the future endeavors he wished them luck.

Style N Scissors was conceptualized and launched more than a decade back in the year 2003, since then it has made huge strides in the realm of hair & beauty and today boasts of 11 branches, a training institute and SKINITI-a state of the art skin clinic.