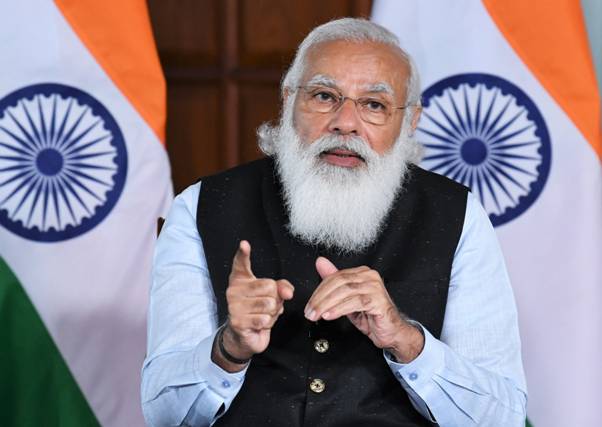 Sports has been given a place of pride in NEP 2020: PM Modi at 2nd Khelo India National Winter Games

Speaking on the occasion, the Prime Minister said the second edition of Khelo India-Winter Games is starting from today. This is a major step towards making Jammu and Kashmir a major hub with India’s effective presence in the Winter Games. He conveyed his best wishes to the players of Jammu and Kashmir and all the players from all over the country. He remarked that the number of players participating in this winter games from various states have doubled which demonstrates the increasing enthusiasm towards Winter Games. He said the experience from this winter games would help the players while participating in winter olympics. He said winter games in Jammu & Kashmir would help in developing a new sporting ecosystem. He said this event would instill new spirit and enthusiasm in the tourism sector in Jammu & Kashmir. He said sports has become an area in which countries of the world project their soft power.

The Prime Minister said that sports has a global dimension and this vision has been guiding the recent reforms in the sports ecosystem. There is a holistic approach from the Khelo India Campaign to Olympic Podium stadium. Hand holding of sports professionals is being done from recognition of talent at grassroot level to bringing them to the highest global platform. From talent recognition to team selection, transparency is the government’s priority. Dignity of sportspeople, and recognition of their contribution is being ensured, said the Prime Minister.

The Prime Minister asserted that sports has been given a place of pride in the recent National Education Policy. Sports, which was considered extra-curricular activity earlier is now being treated as part of the curriculum and grading in sports will be counted in the education of the children. The Prime Minister informed that Institutes of Higher education and Sports University are being established for sports.  He emphasized the need to take  sports sciences and sports management to the school level as that will improve the career prospects of the youth and will enhance India’s presence in the sports economy.

Modi exhorted the young sportspersons to remember that they are the brand ambassadors of Aatmnirbhar Bharat. The world evaluates India through their performance in the sports arena, concluded the Prime Minister.