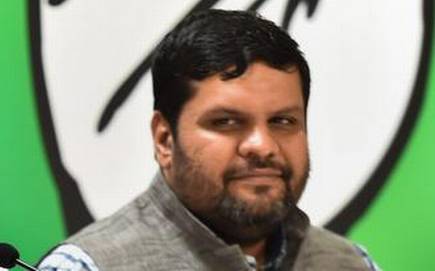 In the last 6 years, we have been hearing the same old rhetoric of creating crores of jobs every year, without any ground results. The outlook of the Indian economy looks bleak as the quarterly GDP numbers indicate with a contraction of 23.9%. I would like to bring to your attention that this doesn’t include numbers from the informal sector yet. Once incorporated, these numbers will tell a tale far frightening. To resolve the issues paralyzing
the Indian economy, we had demanded that the government undertake these steps:

▪ Create Sustainable job opportunities- both in the rural and urban areas With a labor force of 42.8 crores in the country where 3.6 crore are unemployed, employment generation should be the top priority of the government at the moment. Rural economy that was the only bright spot in the Indian economy currently has seen jobs dwindling in August. The issue is two-fold. On one hand the government has been preposterously incompetent in creating jobs both in the urban and rural economy, but what’s more bizarre is the apathetic approach by the NDA government towards honoring the fulfilment of vacancies.

The Railway Recruitment Board (RRB) that formulates the policy in regards to recruitment
procedures and manages recruitment through the 21 boards has released numerous
notifications for vacancies but virtually no action has been taken on them. I will highlight a
few here:

1. RRB ALP and Technicians 2018: The notification for these vacancies was released on 3rd February 2018. On December 12 2019, RRB had released the final result / merit list. After close to 9 months, the RRB has not come out with a joining date and not even the appointment letters. The number of vacancies that are to be filled is 64,371.

2. RRB Group D 2020: The notification for these vacancies was released on 23rd February 2019. The situation is completely incomprehensible here. There is no visibility into the examination date after 18 months. The RRB has collected close to Rs 500 crore through the examination fee and for 1,03,769 vacancies, the hope of close to 1 crore
16 Lakh applicants is attached. What is the RRB waiting for?

3. RRB NTPC 2019: The notification for these vacancies was released on 28rd February 2019. The situation is completely the same here. There is no visibility into the examination date after 18 months similar to the Group D exams. Close to 1 Crore 26 Lakh applications were received for 35,277 vacancies and over Rs 500 crores have
been collected through examination fees.

4. SSC CGL 2018: Following tier I and tier II level exam, tier III level exam was conducted in December 2019 following which the results would have filled over 11,000 vacancies in Group C and Group D postings. After 9 months, The final results have not been announced yet These are just a few that I have highlighted. What is the wait for? The burden of government’s incompetence should not fall on the shoulders of our youth. Mind you, most of the aspirants of these examinations do not come from very well-to-do backgrounds. With 2 lakh 15 thousand unfulfilled vacancies, the hope of 2 lakh 15 thousand households has been destroyed as well. I have three specific questions for the government:

1. Why were most of these notifications released 3 months before the elections? Do these jobs really exist or was it just a political gimmick like 15 lakhs in everyone’s account to attract voters ?

2. When increasing demand in the economy should have been your focus and lakhs of jobs could have been added to the economy, why have there been no proactive efforts to expedite this timeline? Was it ill-intended or ill-executed?

3. When the timeline of inducting new force in Indian Railways is this long, what about the other vacancies that have come out this year? Will it still take this long and what is the Government doing to make sure this doesn’t get repeated?