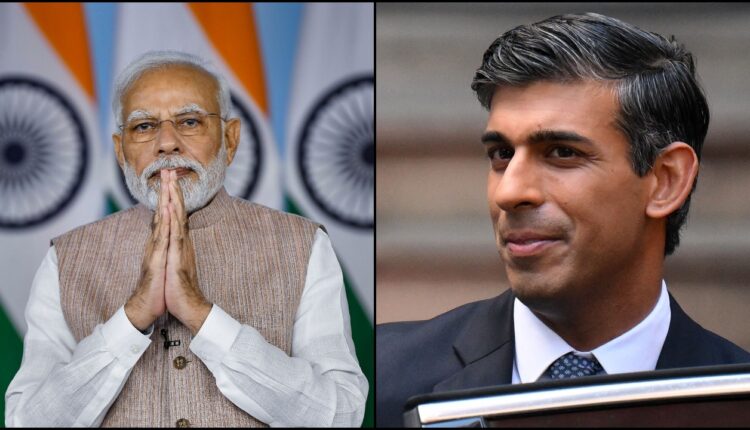 The first address of Prime Minister Rishi has clearly depicted the great tradition of leading a democratic nation by rising above party politics and committing oneself to serve the country and its people with integrity, professionalism, and accountability, as is expected in this new age of technology, transparency and trust of the people.

Unfortunately, we in India have become accustomed to attach the tags of religion, even the caste and categories to our leaders who are appointed to high constitutional offices, identifying them as Hindu Prime Minister or Muslim President which is not only derogatory to the constitutional position but also
undermines the very principle of “oneness of citizenship” in a democratic country. Great democracies of the world, that include United Kingdom and USA, both have lived to uphold this principle of oneness of citizenship and as such, are the shining examples of the dignity, honour and equality of opportunities for its citizens. It is therefore utterly wrong and unjust to tag Prime Minister Rishi as Hindu Prime Minister of Indian origin.

Indian democracy with its 75 years of maturity ought to focus on building the public mindset tuned to integrity in personal, professional and public life and its governance on improving the quality of life, the welfare and wellbeing of the people at large. Alongside with economic resurgence, we need to pay our
attention to reducing inequality, inefficiency and create a sense of urgency to tackle the current problems of air and water pollution, unemployment, inflation and population explosion. Further, we in India need to play less on emotions and more on our ability to create a positive mindset focused on national priorities and national missions. For this, public service with integrity and accountability is an absolute must so that we succeed in building India of our dream.

As of the United Kingdom, let us not undermine the wisdom and power of Great Britain. At this moment, we must appreciate and admire the spirit and strength of its democracy and its fairness and courage to adhere to the principle of oneness of its citizenship. The choice of Rishi Sunak as the Prime Minister is
just and right. Let him lead the nation to great revival of its economy and enable it to nurture its science and technology power and enterprising spirit to make the democracies of the world proud of Great Britain. Let the universities in UK become the lifeline of great innovations for sustained and inclusive economic development so important today, when the world is coming out of the great pandemic that badly crippled the world economies.

Let the wise counsel also prevail to convince both Russia as well as Ukraine that the war is no solution to resolving the conflict, whatsoever it may be. In fact, the war should be last resort and even that should be avoidable today, given the environment of transparency and openness of dialogue and collective
actions. This is the right time for cultivating peace and harmony and cause economic resurgence with empathy and care and concern for people and the planet. We need leaders like Prime Minister Sunak to lead the great democracies of the world, who have clarity of their mandate and the conviction to unite the community with words and actions. With the best of education and exposure to the power of knowledge and strategic thinking at Oxford and Stanford and with his heart for the people, Prime Minister Rishi has all the wisdom on earth to lead the UK and the world community to a bright and
sustainable future.

Prof Pritam B Sharma is a reputed academician. He is the founder Vice Chancellor of DTU and the past President of AIU. The views expressed are the personal views of the author.

China ‘Belting’ Pakistan on The Road to A Debt Trap

Why Pakistan Is Upset With The Taliban?

Entrepreneurship skills and infra, hand in hand, could bring sustainability to North…