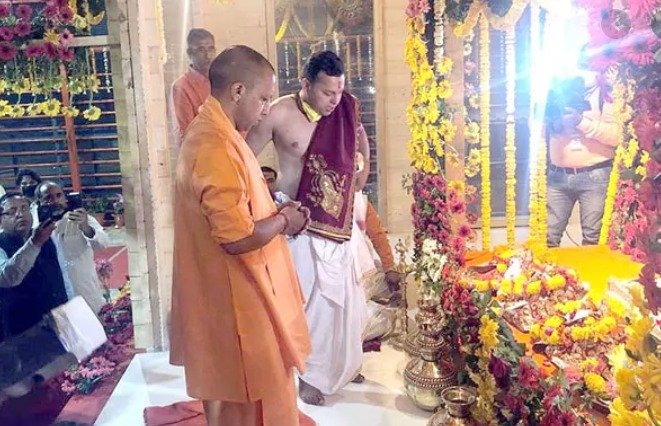 Ayodhya (Uttar Pradesh) [India], July 25, 2020: Uttar Pradesh Chief Minister Yogi Adityanath on Saturday paid a visit to temple town Ayodhya and took stock of preparations underway for the August 5 event that will mark the stone laying for the construction of a grand Ram Temple at Ram Janmabhoomi site.

In the city, Uttar Pradesh Chief Minister Yogi Adityanath chaired the meeting which was attended by Ayodhya MP, MLAs and members of Shri Ram Janmabhoomi Teerth Kshetra Trust along with senior officials of the state administration.

Sharing details of the planned event for the foundation stone laying ceremony, he said, “Prime Minister will be visiting Ayodhya. We’ll make Ayodhya the pride of India & the world. Cleanliness should be the first condition. There is an opportunity for Ayodhya to prove through self-discipline its capability & be the way the world expects to see it.”

He also gave a call for organizing a ‘deppotsava’ to mark the occasion and added, “We all will be coming together for an auspicious event. There will be ‘deepotsava’ in all houses and temples on the nights of 4th and 5th August. Deepawali is associated with Ayodhya and the festival cannot even be imagined without Ayodhya.”

Priests from Varanasi have also been invited for the foundation stone laying ceremony which will be attended by an expected number of around 200 dignitaries from all around the country.