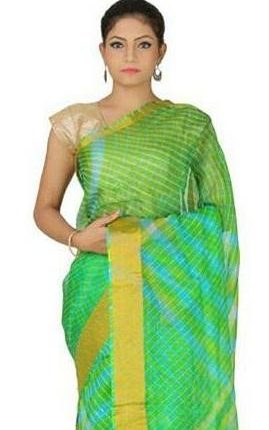 Since 2015, the world has been celebrating International Yoga Day with all enthusiasm and devotion, and surely the credit goes to our great nation India that made the world acknowledge the timeless power of Yoga.

In his address in the 69th session of the General Assembly in United Nations in the year 2014, PM Modi spoke at length about the universal appeal of Yoga. and apprised the member states about how embracing Yoga could pave the way for the world citizenry to lead a more healthy and holistic life. PM Modi described Yoga as an invaluable gift from our ancient tradition, and how it embodied unity of mind and body, thought and action … a holistic approach that is valuable to our health and our well-being. Further Modi had described Yoga as not just an exercise, but more importantly, as a way to discovering the sense of oneness with yourself, the world and the nature.

Mindful of the Corona Pandemic that took Mankind by a storm this year, the United Nations decided to keep the theme of the IYD as “Yoga for Health- Yoga at Home”. The UN theme of IYD says it all that in the light of the Pandemic when we are required to adhere to all the norms of the social distancing, all the yoga practitioners need to practice Yoga within the confines of their home and ofcourse make the optimum use of the online yoga resources. Indubitably, Yoga is one of the most powerful tools to coping with the inevitable stress component of day to day lives, and to maintain a perfect state of physical well-being. The student fraternity in particular, can practice myriad yoga poses sans any risk and attain the same benefits that adults do. Some of the benefits being enhanced flexibility and fitness, mindfulness, rejuvenation and relaxation.

It is a matter of immense pride for all Indians that the ancient physical, mental and spiritual practice of Yoga finds it origin in India. The word ‘yoga’ derives from Sanskrit and basically means to join or to unite, symbolizing the union of body and consciousness. Yoga nowadays is practiced in plethora of forms around the world and with time advent, has gained more popularity and acceptance.

The practice of yoga dates back to the Pre-Vedic Indus Valley era around 3000 BCE. Yoga finds a mention in the Rigveda, as well as in the Upanishads. The credit goes to Indian Yoga Gurus for introducing Yoga to the Western world.

Similarly, when there is a global level connect between different nations, it plays a pivotal role in bridging gaps and eventually paves the way towards exploring solutions to the most complex of problems.

In these trying times of Corona Pandemic, there are many self styled passionate volunteers who have played a marvellous role in acting as good Samaritans by reaching out to those in need of basic living amenities like food, medicines and sanitizers.

The Time tested Yoga practices have emerged as not only one of the best stress buster remedies this Corona, but have simultaneously played a vital role in inspiring people to be good human beings by caring for those in suffering, need and pain. Yoga has a key role in Nation Building.
The role of Yoga in helping us deal with stress has indeed been very critical especially during the time when life has literally come to a grinding halt all of a sudden.

Yoga has the remarkable power to help people connect with each other as well as with your own self. Life today is extremely stressful owing to stringent deadlines and the unending hullabaloo that has become an integral part of our existence. As a result, more and more people are falling prey to life threatening ailments and other health hazards. Ask experts, and they will suggest you umpteen medications. I, for one, have always adhered to basic fitness regimes and a healthy lifestyle. It is a well acknowledged fact that most of the simple or complicated ailments are related to the sedentary and lethargic lifestyles. The benefits of age old practices such as morning or evening walking are innumerable, and should never be overlooked. The WHO definition of Health is, “a state of positive physical, mental and social well being, and not merely absence of disease”. I strongly believe it is time for the world citizenry to make Yoga an integral component of their day to day lives for helping us lead a more holistic, stress free lifestyle!!

UPDATES ON COVID-19 : Centre lends a helping hand to NE States in the fight against COVID-19

A Network of Care