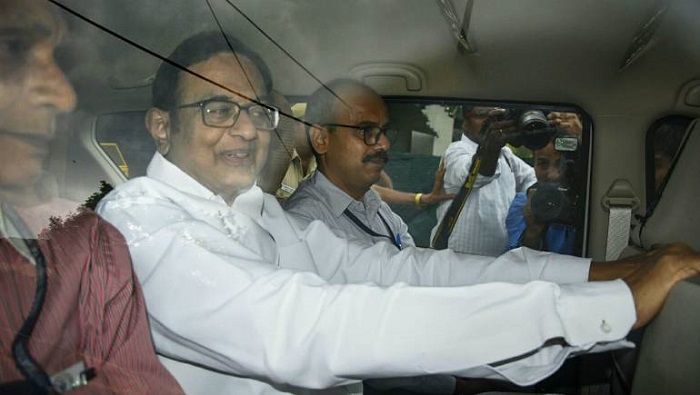 As a former Finance Minister and Senior Congress leader P Chidambaram would have never thought of getting arrested amongst such a high-drama created by Central Bureau of Investigation (CBI) officers. It came as a shock to all the Congress party leaders and several other politicians of the Opposition. The arrest has definitely made it clear amongst the corrupt leaders to beware of their actions and to not take things for granted. However, in this whole scenario the conduct of CBI officers for arresting the minister is questionable.

The event gave way to a huge political debate in the nation as to whether it was justified to arrest a person who has been appearing before the agency and going through all the legal procedures. It appeared to be a political vendetta led by Modi Government against Chidambaram, who had been quite vocal about his sentiments about the government’s new policies. The Congress party and some other leaders have complained of the CBI being used as “the government’s personal revenge-seeking department”. They further questioned the motivation behind the judgement, passed by the high court judge who was to retire in 48 hours, which denied protection to the minister from the arrest. Also, the role of Indrani Mukerjea’s statement that is believed to be the basis of his arrest is also questioned.

Reacting to the allegations made against the CBI for its misuse, Former Joint Director, CBI, Shantonu Sen said, “Recently, the present chief justice said that CBI does not come out well in sensitive political cases. However in present case, the allegations had been made since 2017 and it is now 2 years old. And, the kingpin Chidambaram has already been arrested and investigated. Then there also has been a statement by Ms Indarani Mukherjea, so the material against Chidambaram is what the CBI has investigated for the last two years. Therefore, in this particular case the CBI has not been politically misused.”

We must look on the other side as well, to get a complete picture of the issue. P Chidambaram had been marked by the CBI in the INX Media case as an accomplice of his son Karti Chidambaram while the Enforcement Directorate (ED) sought him out on charges of money laundering too. So, the CBI’s move for custody was justified.

Adding to this, Former Joint Director, CBI, Shantonu Sen said, “Chidambaram has been required by CBI for more than 1 year and CBI was not allowed to arrest him or detain him because of the protection of the court. And finally, when bail was denied to him by the court in a 24-page court order that called Chidambaram the kingpin of the crime and termed the case as “classic case of money laundering”, it ruled out the vendetta. And, CBI had the right to arrest him.”

And, on the legal grounds, the CBI team followed what it had been directed to do and ensured the arrest of the minister without any failure. In its defence, the CBI had also explained on what went behind the scene in various statements. They had said that even if Chidambaram had been appearing before the agency, he was evasive and uncooperative. Although, the CBI had the right to take former Finance Minister into the custody, people have been critical of the manner or process leading to Chidambaram’s arrest.

Clarifying on the issue, Former Joint Director, CBI, Shantonu Sen said, “Soon after the High Court order, Mr. Chidambaram dismissed his driver, removed his security, threw away his mobile phone and gave the impression that he was not willing to be arrested. So, the CBI team went to his house and found it to be locked. And therefore, they did what they did, which shall bring the CBI’s image down. In any other juncture it would have been better to block the exit and call upon him through loudspeaker to come out and surrender. They need not have scaled the walls and made a spectacle of themselves.”

Nevertheless, Chidambaram’s involvement in INX Media case needs to be investigated thoroughly and the procedure of his arrest must not be made a political issue. In the end, the truth must reach out to the masses without overshadowing it under the scenario that do not contribute to the ultimate goal.