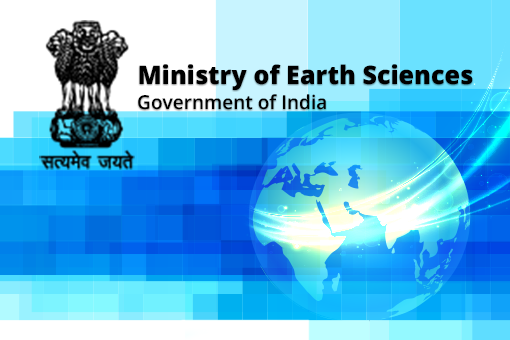 Weather Status for August, 2020 & its verification and Outlook for September, 2020

5 low pressure systems formed during August, 2020 and excess rainfall activity over the

country as a whole. (The details of these systems in the Attachment)

Isolated heavy to very heavy falls also very likely over Coastal Karnataka on  9 & 10 September and over Kerala & Mahe on 8 September, 2020.

FORECAST FOR THE NEXT 5 DAYS: 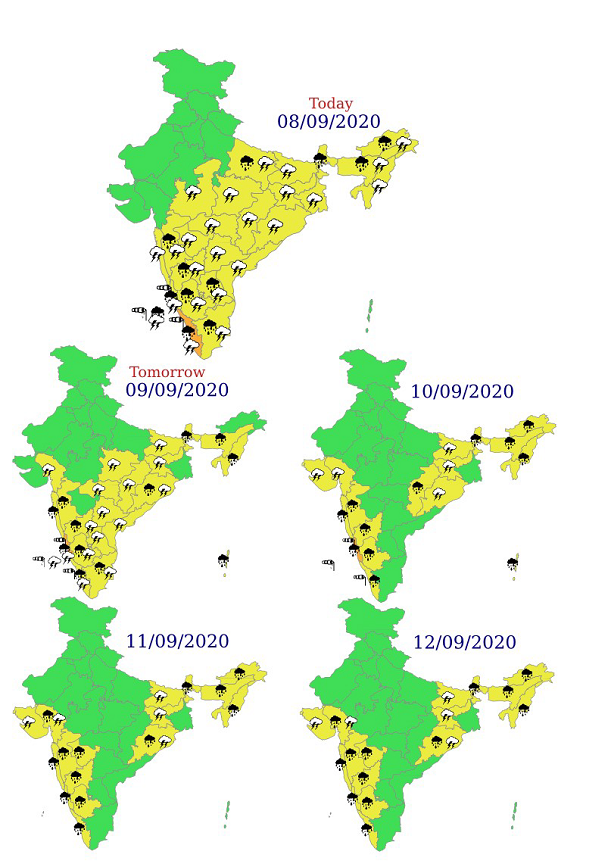 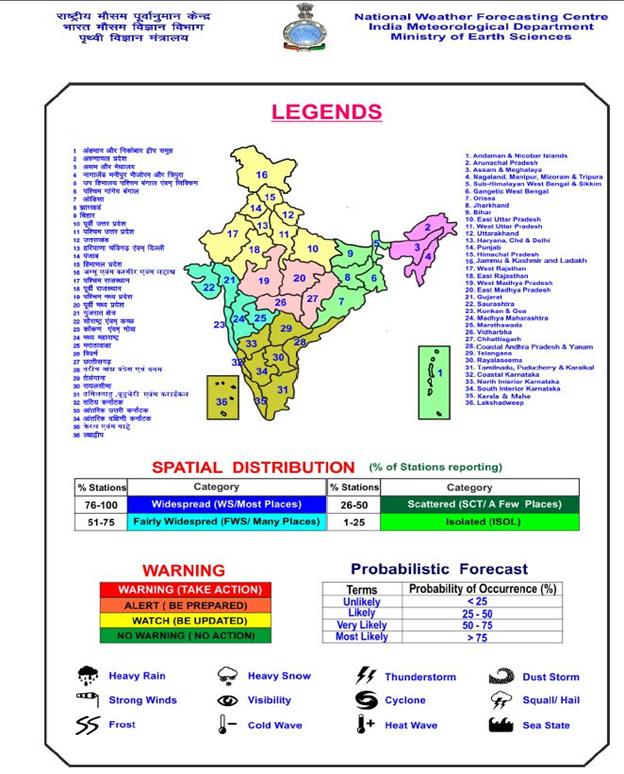