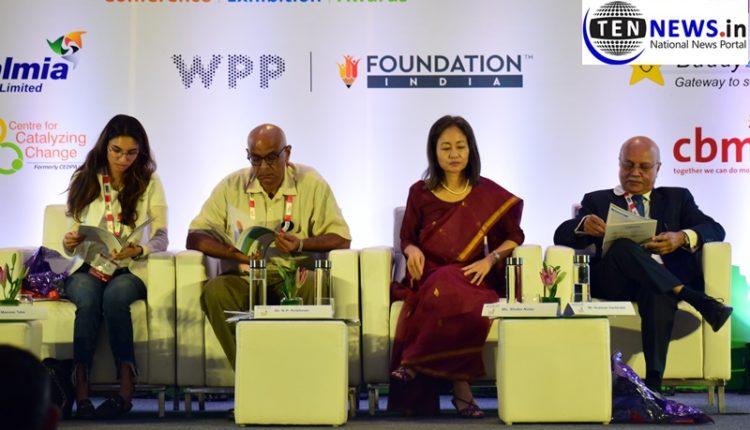 6th Edition of India CSR Summit kick off with more than 3200 delegates!

The Total number of CSR projects held this year was 6131. The prescribed CSR for which was INR 10866.38 Cr and Actual CSR spent is INR 10904.01 Cr. Thus the CSR Compliance this year has been 95.06% which indicates a renewed sense of seriousness amongst companies as they have strived to match or surpass the prescribed CSR requirements with the actual CSR spends. Reliance Industries Ltd, NTPC, ONGC and Power Grid Corporation of India Ltd spent more than their prescribed CSR budgets in FY 2018-19, according to the India CSR Outlook Report 2019 (ICOR) published by NGOBOX at the inaugural day of the 6th edition of India CSR Summit 2019 held in New Delhi today.

In FY 2018-19 Reliance Industries again became the top spender amongst the top 10 performers to spend more than its prescribed CSR budget spending 849.32cr.

“The 2019 report is the 5th such annual publication after 2015, 2016, 2017 and 2018 reports which provides an in-depth analysis of CSR spends of big 368 companies in FY 2018-19 which shows Corporate India’s social responsibility graph headed up
with 7.35%. The report visualizes a few important curves of CSR landscapes in India, entirely based on the actual CSR spending data of these companies, as reported by them in mandatory disclosures. Till last year we have seen companies spending 30-35% more than the prescribed CSR, but this time we have seen 2/3rd of companies spending 63% more than the prescribed CSR”, informs Bhomik Shah, CEO, CSRBOX while speaking to Ten News.

The 2-day event is hosted by NGOBOX, UNICEF, NSDC and Goodera.These 368 companies account for almost 3/4th of the total CSR spend in India, making it a big sample size for any such study and analysis and were short-listed on the basis of INR 1 Cr. or above prescribed CSR in FY 201819, Listed on BSE or subsidiary of a BSE-listed company, availability of data by 31st Aug. 2019 and CSR disclosures as
per the Companies Act, 2013.