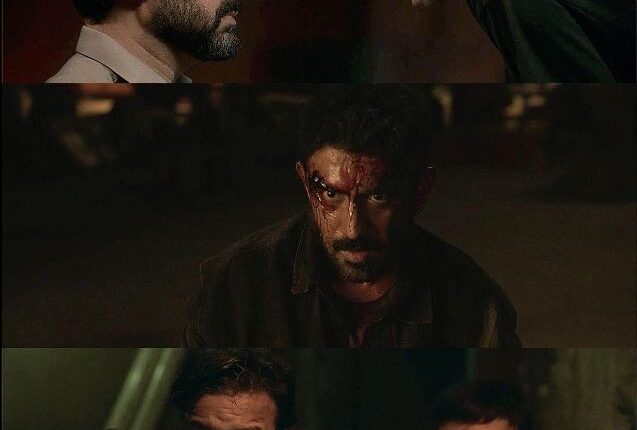 Abhishek Bachchan has a switch on and off button: Naveen Kasturia talks about his co-star from Breathe: Into the Shadows Season 2

Ahead of the release of the much-awaited Amazon Original Breathe: Into the Shadows Season 2, actor Naveen Kasturia, the newest addition to the series as Victor, recently shared his experience of working with Abhishek Bachchan in the psychological crime thriller.

Naveen revealed that Abhishek has a different personality both on and off screen. He said, “When I met Abhishek on the first day of my shoot, I realized he’s completely different on-screen and off-screen. I was very nervous as to how we will pull off things smoothly because off-camera he is very easy-going, he is having fun, chilling around, but when the camera is turned on, he becomes a different personality”. Naveen shared.

He further added, “I had only seen Abhishek as J and Avinash on-screen, but we were performing together for the first time, so I was stunned. But gradually I understood him better, and got to know that as an actor, he has an on and off button.”

Explaining his different on-screen and off-screen personas, Abhishek Bachchan said, “Maybe that is because I’ve been in the character for Season 1, so now there’s a bit more comfort in dealing with both the characters. However, I believe work should be done in a fun-filled manner. The work is intense, so the atmosphere should be light, otherwise, it will take a toll on everyone.”

Viewers are waiting for many questions to be answered this season and unveil the mystery to many secrets. One of the biggest questions being how and why Victor is connected to J and his unfinished business. But viewers will have to wait a little more to unravel the secrets behind the shadows.