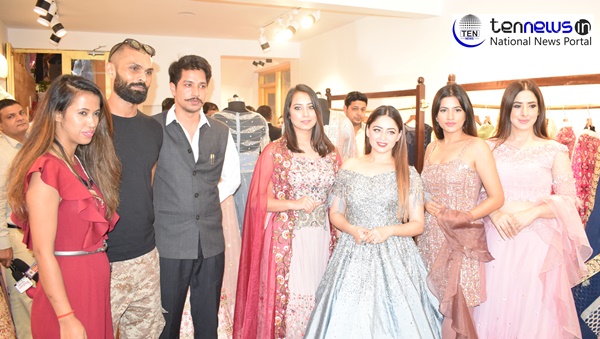 New Delhi: Today, one of the most famous Bollywood fashion designers, Abhilasha Srivastava opened her brand new store that consists of the collection of work she did for various bollywood
personalities, and much more.

Abhilasha designed clothes for Parineeti, Bipasha and many other bollywood actresses.
Her work was always considered commendable.

L.A.S.H.A consists of various collection of bridal and other party wears.

The opening of her store “L.A.S.H.A” in Shahpur Jat, New Delhi was conducted in the presence of Aryan Chaudhary, an actor and a model from Delhi.
Mahi Vij , winner of Nach Baliye, world television show was also a part of the opening who is a good friend of Abhilasha. She congratulated Abhilasha and wished her good luck for her new beginnings in Delhi.

L.A.S.H.A was first opened in Mumbai which had very good reactiona from people. Even film stars were attracted because of the stuff that Abhilasha prepared for the store.

2018 Airtel Delhi Half Marathon gets corporate head honchos as Pacers