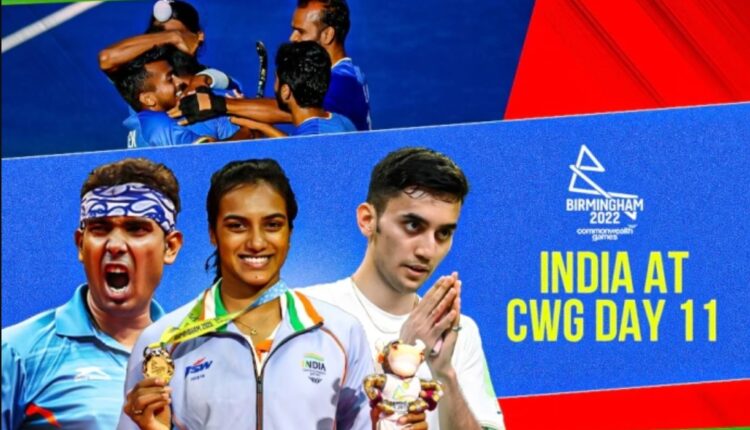 New Delhi, August 8, 2022: India will compete for gold medals in badminton, table tennis, and men’s hockey on the final day of the Commonwealth Games in Birmingham on Monday, August 8.

India is in fifth place in the Commonwealth Games medal table with 55 medals, including 18 gold medals in Birmingham, and the Asian powerhouses will look to add to their tally on the Games’ final day on Monday, August 8.

India had an unprecedented medal rush on Friday and Saturday, and they will be hoping to finish the campaign on a high note in Birmingham 2022.

On Monday, India could win up to five gold medals.

PV Sindhu, Lakshya Sen, and Satwiksairaj Rankireddy will compete for gold in badminton. While Sindhu, a two-time Olympic medalist, will compete for her first gold medal at the CWG against Michelle Li of Canada, young Lakshya and doubles pair Satwik and Chirag will also vie for the top prize.

All eyes will be on Achanta Sharath Kamal, the legendary paddler who has already won three medals, as he attempts to win his second men’s singles table tennis gold. Sharath Kamal is assured of his 13th CWG medal, but he will face a stiff challenge from Liam Pitchford.