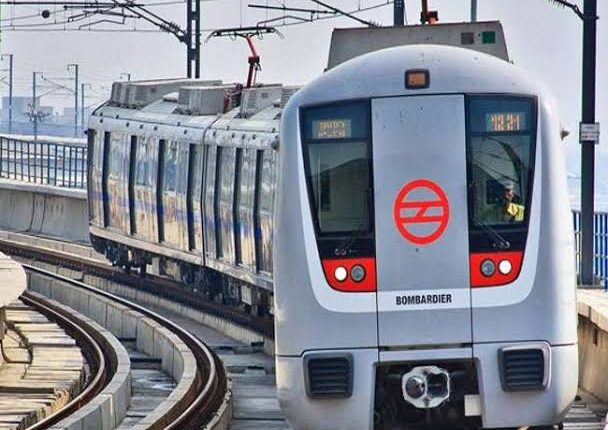 By TenNews Team On Sep 26, 2021
0 185
Share
New Delhi: The Delhi Metro Rail Corporation (DMRC) has earned a commendable ? 19.5 crores from the sale of 3.55 million carbon credits which it had collected over a period of six years from 2012 to 2018. DMRC has been a pioneer in India in quantifying climate change benefits from its operations. It has a number of dedicated projects to its credit oriented towards energy efficiency.
In 2007, Delhi Metro became the first Metro or Railway project in the world to be registered by the United Nations under the Clean Development Mechanism (CDM) which enabled Delhi Metro to claim carbon credits for its Regenerative Braking Project.The CDM is a project-based Green House Gas (GHG) offset mechanism under the Kyoto Protocol allowing the public and private sector in high-income nations the opportunity to purchase carbon credits from greenhouse gas emissions-reducing projects in low or middle-income nations as part of their efforts to meet international emissions targets under the Kyoto protocol.
CDM projects generate emissions credits called Certified Emission Reductions (CERs), which are then bought and traded. One CER is equal to one ton of CO2(eq) emission reduced. The CDM helps to deliver sustainable development benefits to the host country. The CDM projects are managed by The United Nations Framework Convention on Climate Change (UNFCCC), an entity established to combat “dangerous human interference with the climate system”. The first CDM project of Delhi Metro was based on the regenerative braking technology. Carbon credits generated from this project till 2012 were sold for ? 9.55 Cr.
The 2nd CDM project is based on the principle of Modal Shift. The essence of this project is that the carbon footprint of people travelling by metro is much lesser than that of the same journeys performed by other modes of transport. Delhi Metro has so far registered four projects viz Regenerative Braking project, Modal Shift project, MRTS PoA project and Solar project with UNFCCC, all of which are the first of their kind in the world. Apart from this, in 2014, Delhi Metro also became the first ever Metro and Railway system in the world to be registered with the prestigious ‘Gold Standard Foundation’, Switzerland, which is also a globally accepted certification standard for carbon mitigation projects. So far DMRC has registered four projects with the Gold Standard Foundation.
Since 2015, Delhi Metro has also been providing CDM consultancy services to other Metro systems in India,enabling them to earn carbon credits from their project. Already Gujarat Metro, Mumbai Metro and Chennai Metro etc. have registered their projects under the Delhi Metro’s Program of Activities (PoA) project enabling them to earn carbon credits and contribute to India’s Intended Nationally Determined Contribution (INDC) in compliance with the Paris Agreement.
For the period 2012-18, combined GHG emission reduction achieved from all the above mentioned CDM and Gold Standard projects was 3.55 million carbon credits.The sale of carbon credits accrued from CDM and Gold Standard projects in the period 2012-18 has generated a revenue of INR 19.5 Cr to DMRC. Thus, total revenue generation from CDM and Gold Standard projects since inception has been INR 29.05 Cr.
There has been a higher demand for carbon credits due to global factors such as the implementation of the Paris Agreement etc. Utilizing this opportunity, DMRC has been able to sell all its 3.55 million credits accrued during the period 2012-18 to international buyers by signing the Emission Reduction Purchase Agreement (ERPA) for transfer of credits with M/s. South Pole, Switzerland, M/s. Summit Energy Services, USA and M/s. EVI International, Singapore.
0 185
Share FacebookTwitterGoogle+ReddItWhatsAppPinterestEmail