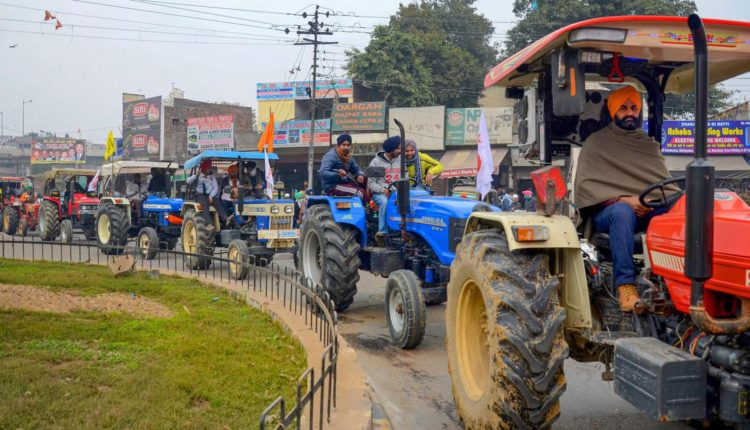 Delhi police have formally given permission for the protesting farmers’ tractor rally – Kisan tractor rally – to be held on January 26, said Yogendra Yadav, chief of Swaraj India on Sunday.

He also appealed to the farmers to bring their tractors inside Delhi and asked them not to bring trolleys.

Delhi Police Commissioner SN Shrivastava in a statement said that all officers and men, as well as CAPF and other force deployed for Republic Day Parade security, should remain in a ready position to move at short notice for law and order arrangement in connection with Kisan tractor rally.

Farmers from all across the country are marching towards Delhi in order to take part in the scheduled rally. Tractors from Punjab, Haryana, and Rajasthan have reached on Tikri border as the farmers sit in for protest for nearly two months.

The eleventh round of talks between farmers and the government was held on Friday.
The talks of farmer unions and the government have seemingly broken down after the former insisted on their demand for the repeal of three new farm laws and the latter asked them to reconsider its offer to put these laws on hold for about 18 months.