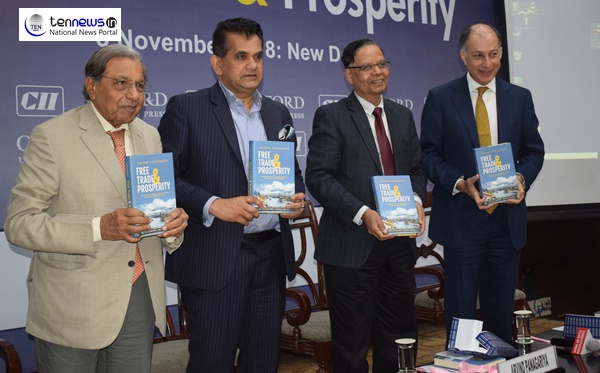 The Chief Guest for the session was  Suresh Prabhu, Union Minister for Commerce & Industry who unfortunately couldn’t make it but joined the launch via video confering. The panellist also included Dr Arvind Panagariya and Amitabh Kant among others.

The discussion during the book launch focused on Free Trade practices and its impact on the global economy.
Speaking on the occasion, Dr Arvind Panagariya said,

“The arguments against free trade and in favour of protection have a long history when it comes to developing countries, and it is rather surprising that similar assertions have gained increasing appeal in developed countries, including the United States and Great Britain, given the clear benefits openness brings.”

He further said, “However, the benefits are especially*great for emerging markets.  Free trade and outward-oriented policies are preconditions to both sustained rapid growth and poverty alleviation in developing countries.”

GNIDA to deliver 10,000 flats to homebuyers by the end of this year