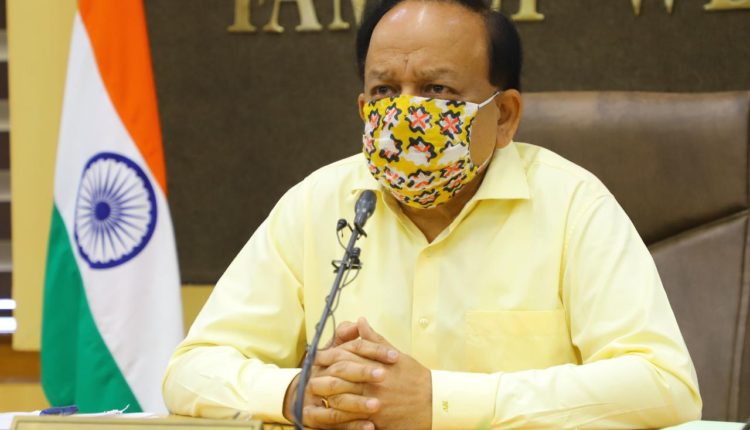 The Super Speciality Block is built with an investment of Rs 150 crores under the Pradhan Mantri Swasthya Suraksha Yojana (PMSSY). It has departments of Neurology, Neurosurgery, Nephrology, Urology, Plastic surgery, Endocrinology, Surgical Oncology, Cardiothoracic and Vascular Surgery. There will be seven Operation Theaters, 233 Super Specialty Beds, 52 ICU Beds, 13 dialysis beds in the SSB. This facility will have a training capacity of 24 PG students.

Dr. Harsh Vardhan expressed immense satisfaction with the progress of the work of PMSSY in Uttar Pradesh, “UP and Bihar were allotted two new AIIMS to tide over regional imbalance. Both the AIIMS in UP are in advanced stages of completion with OPD services and undergraduate classes in operation in AIIMS Raebareili”. SSBs/Trauma Centres in SGPGIMS-Lucknow, Institute of Medical Sciences-BHU-Varanasi, Jawaharlal Nehru Medical College-AMU-Aligarh, Maharani Laxmi Bai Medical College- Jhansi, BRD Medical College- Gorakhpur, LLRM Medical College- Meerut  have been completed under different phases of PMSSY while facilities in Government Medical College-Agra, Government Medical College-Kanpur, RIO at Institute of Medical Sciences-BHU-Varanasi are nearing completion. He also informed everybody present that 13 new Medical Colleges are planned in the State which will take the total number of medical colleges constructed in the State in the last two and a half years to 27. These medical colleges will be set-up in the districts of Bijnor, Gonda, Lalitpur, Chandauli, Bulandshahr, Pilibhit, Kaushambi, Amethi, Kanpur Dehat, Sultanpur, Lakhimpur, Auraiya and Sonebhadra.

Sh. Yogi Adityanath thanked the Union Government for its proactive role in strengthening the health infrastructure in Uttar Pradesh through PMSSY. Speaking on the timely importance of the new SSB built under the scheme that has been converted into a COVID Hospital, he said that people of adjoining districts like Kaushambi, Chitrakoot, Banda, Pratapgarh and Mirzapur will also be greatly benefitted. He informed that at the onset of the pandemic, 26 districts did not have a single ventilator but with the help of the Union Government, the COVID medical infrastructure in the state has been turned around which now has 1.75 lakh dedicated beds, daily tests ranging from 1.5-2 lakhs and at least one Level-I and Level-II COVID Care facility in every district.

Updates on Covid-19 : India’s Active Cases below 10% of Total Cases since the last…