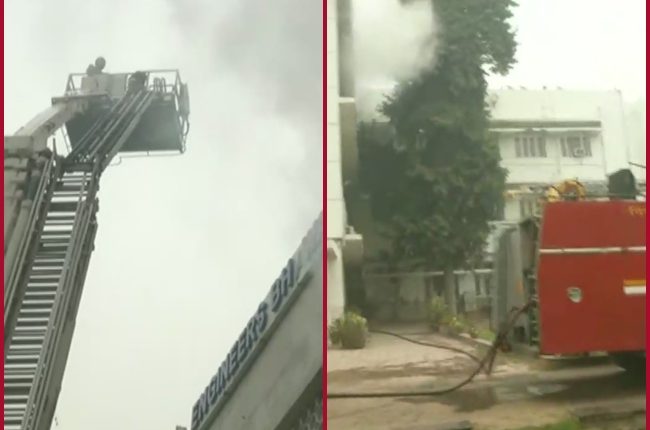 After hours of struggle, a security guard who was trapped on the terrace of the Engineers Bhawan building at ITO here, which caught fire on Friday morning was rescued by Delhi Fire brigade officials.

The fire was also doused with help of multiple fire brigades and no casualty was reported.

As per fire department officials, a security guard stuck on the terrace of the building was rescued with much efforts.

“We deployed four fire tenders in the initial turnout. After looking at the situation, we deployed a total of 13 to 14 tenders. The fire broke out in an office on the second floor and was doused within 45 minutes. No casualty was reported,” said Sanjay Tomar, Deputy Chief Fire Officer, was quoted as saying.