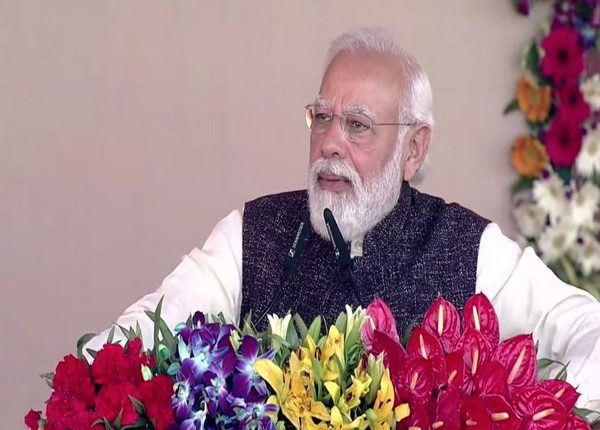 Govt’s goal is every district must have at least one medical college: PM Modi

Gorakhpur, December 7: Prime Minister Narendra Modi on Tuesday lauded the development works in Uttar Pradesh and said that the government’s goal is that every district of the country must have at least one medical college soon.

Speaking at an event in Gorakhpur, Prime Minister Narendra Modi said, “After independence till the beginning of this century, there was only one AIIMS in the country. Former Prime Minister of India, Atal ji had approved six more AIIMS during his time. Work is going on across the country to build 16 new AIIMS for the last seven years. Our goal is that every district of the country must have at least one medical college.”

Lauding the efforts of the Uttar Pradesh government, the Prime Minister said, “When there is a government that worries about the oppressed and deprived sections, then it works hard and even yields results. The program in Gorakhpur today is a proof of the fact that nothing is impossible for new India when it becomes determined.”

Appreciating the Uttar Pradesh government for the unprecedented work they have done for the sugarcane farmers in the past years, the Prime Minister mentioned that the remunerative price for sugarcane farmers, recently increased by Rs 350.

“We stopped misuse of urea. We did 100 per cent neem coating of urea. We have given soil health cards to crores of farmers so that they can know what kind of fertilizer is needed for their farm. We laid emphasis on increasing the production of urea. We reopened several closed fertilizer plants,” the Prime Minister said.