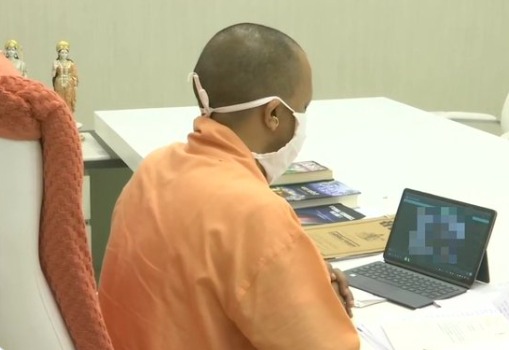 Uttar Pradesh Chief Minister Yogi Adityanath on Wednesday spoke to the family members of the Hathras Gangrape victim and announced a slew of measures for the grieving family.
Chief Minister heard the demands of the family over video conferencing on the late Wednesday evening.

Following the converstation, state government announced that the family will be provided with a house, monetary help and government job for a member. “Kin of Hathras gang-rape victim to be given Rs 25 lakh as ex-gratia and a house along with a governmnet job to one family member. Fastrack court will be setup to hear the matter and a three-member SIT has already been formed to probe the case,” the state government said.

Earlier in the day, Prime Minister Narendra Modi has also called up Chief Minister Yogi Adityanath and directed for measures to be taken for giving justice to the victim’s family.

Meanwhile, social media has been boiling over the case and opposition parties have demanded for the resignation of the state chief minister for alleged mishandling of the case.