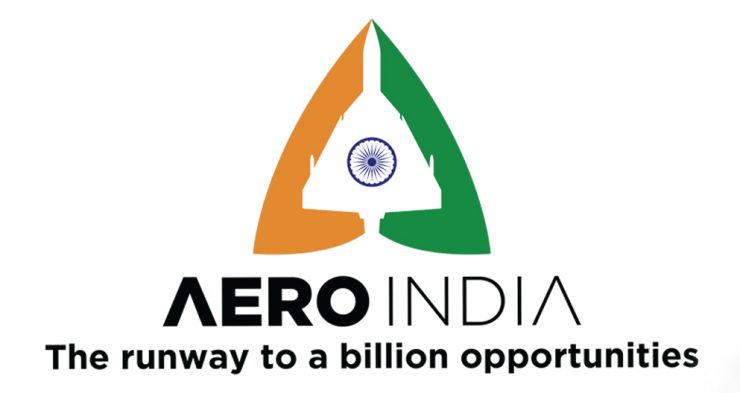 Host of activities by DRDO during Aero India 2021

During the 13thedition of Aero India international air show, scheduled to be held from February 3 to 5, 2021 at Air Force Station Yelahanka, Bengaluru; Defence Research and Development Organisation (DRDO) will exhibit its latest defence technologies and demonstrate many systems.Organised biennially, Aero India is a platform for aerospace enthusiasts,prospective defence industries, aspirant start-ups and all other stakeholders to participate and witness the advances in global defence and aerospace fields and interact with many national and international delegations and industries.

The DRDO is developing technologies for all major defence domains and has been participating in this exhibition in a big way in all its editions.The Organisation with its vast defence design and development capability has been working towards Atmanirbhar Bharat and has taken up many policy initiatives to work closely with all stakeholders of the ecosystem. More than thirty laboratories of DRDO connected to aeronautical development are exhibiting their products and technological achievements in this mega event.

More than 300 products, technologies and innovations are being presented in indoor, outdoor, static and flying displays. The models and exhibits are shown in various technology categories and thrust is on digital display of data to highlight the product details. Keeping in view of all COVID-19 guidelines, multimedia-based presentations and product and technology brochures are being provided digitally for download based on QR code.

During a ceremony on February 03, 2021, Raksha Mantri Rajnath Singh will release DRDO export compendium, New Procedure for design, Development and ProductionofMilitary Aircraft and Airborne Stores (DDPMAS) document for air worthiness certification, Aeronautical Research & Development Board (AR&DB) Golden Jubilee Stamp & documents on Journey of the board towards Golden Jubilee of AR&DB.

A seminar on ‘Energising the R&D Capabilities of Industry for ‘Atmanirbhar Bharat’ is being organised by DRDO on 4th February 2021. DRDO perspectives on industry participation, proactively in defence R&D and manufacturing will be discussed in the seminar. Speakers from India and overseas will deliver talks on various aspects of industry expectations from Government setups and DRDO. On the valedictory day, DRDO will transfer more than ten technologies to various industry partners. This year Aero India 2021 would be a hybrid show and DRDO exhibits can also be seen virtually while interacting with the exhibitors.

With an endeavour to integrate various stakeholders of defence systems development in the country, the DRDO has planned an enriching experience of indigenous defence technologies and systems. As many as 30 first time models/full scale systems are on display. Various interactions are expected with the scientists to explain and demonstrate the systems and exhibits.

The exhibition of DRDOat Aero India 2021 is an excellent opportunity for Indian aerospace community to foster the cause of indigenous development of military systems and technologies with the spirit of self-reliance and national pride.