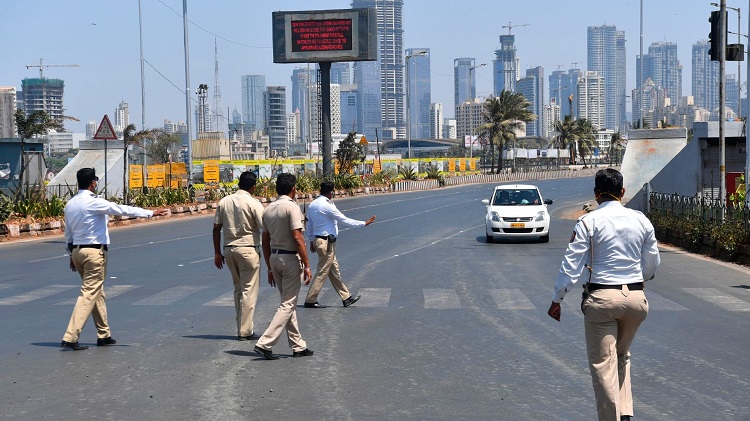 How Mumbai is winning the battle against Covid-19 and what other cities can learn?

With only 3,876 new coronavirus cases in Mumbai on Monday, its lowest single-day rise so far since March, it appears that the second wave peak will soon be coming to an end in the financial capital.

The low Covid numbers can be attributed to lowered testing, but the good news is that the positivity rate has also fallen sharply.

During the first two weeks of April, the city was recording around 10,000 new Covid cases each day with a daily positivity rate of 20 to 30 per cent, whereas over the past three days, it has been adding less than 6,000 cases to its Covid tally with a test positivity rate of 14.6 per cent, 13.75 per cent and 9.1 per cent.

So, what exactly has worked in Mumbai’s favor and what other cities can learn from it?

This is perhaps the biggest factor that has contributed to the dip in Covid tally and positivity rate in the city. Maharashtra has been under some form of lockdown since April 5. On April 14, the state government declared a complete lockdown in order to break the chain.

The state government further tightened the lockdown on 22nd April by restricting travel, except for essential services, medical reasons or vaccination, and allowing people to step out for grocery shopping only between 7 and 11 am.

Local train travel was also restricted and stricter curbs were imposed on inter-district and city travel.

Quaiser Khalid, Railway police commissioner, said, “We are not allowing any passenger to enter the railway premises till they have a reserved train ticket for long distance train. I have asked my men to maintain a distance of six feet while checking their tickets. We have kept only one entry and exit point for passengers at the junctions and social distancing is being maintained.”

Lockdown in itself is not helpful unless the restrictions that come with a lockdown are strictly enforced by the district and police administration.

During the lockdown, the Mumbai police managed to step up its surveillance and enforcement of Covid norms.

As per media reports, the Mumbai police commissionerate directed 94 police stations across the city to register at least 10 cases of violation every day, in a bid to increase the lockdown enforcement.

The Mumbai police also got a boost in its force with a thousand police personnel from the State Reserve Police Force joining it.

During all of this, the Mumbai police continued to do what it is best known for, tweeting puns. The police shared a lot of safety related puns to create awareness about staying indoors amid the ongoing pandemic.

This strategy involves assessing the patients, classifying the patients according to their urgencies and prioritizing treatment of those who need immediate care.

Dr Shashank Joshi, a member of the Maharashtra government’s Covid-19 task force and a renowned endocrinologist, confirmed with a tweet that the turnaround was due to the administration tackling the surge with the “ATM strategy”. However, he later deleted that tweet.

The UK government too used this strategy against its battle against the second wave of Covid.

The RT-PCR tests are considered as the gold standard for Covid testing even though it may take a few days for the reports to come, whereas the Rapid Antigen Tests which give results within 30 minutes are less reliable.

Earlier this month, the Rapid Antigen Tests of random people at malls, restaurants, and other crowded public places accounted for 50% of the total testing in Mumbai. However, post lockdown, the BMC got an opportunity to correct itself as lockdown forced most people to stay indoors, and now over 60% of the total tests that are being conducted in Mumbai are the RT-PCR tests.

In many parts across the country, the number of RT-PCR tests being conducted are much lower than the Rapid Antigen tests, so maybe their administration can take a hint from BMCs strategy.