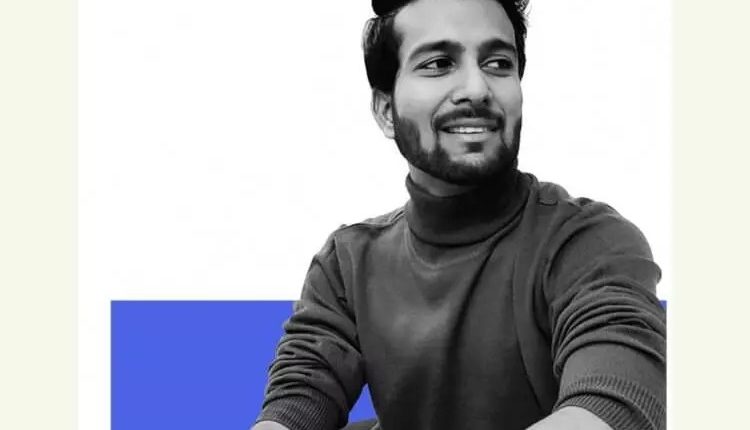 A childhood dream is always like a fairy tale to everyone, unless we decide to turn it into a reality. One such dream is of Arpit Kumar Agarwal who always dreamt to become a designer when he was young. Achieving graduation in 2020 was no less than a fairy tale for Arpit where he not only fulfilled his dream but also received the Best Graduation Project Award in 2020 from the Fashion Communication department of NIFT Hyderabad. Arpit wishes to study further and complete his Masters from the University of Auckland. Unable to afford the tuition expense of approx. Rs. 52 lakhs, Arpit has taken to crowdfunding on ImpactGuru.com.

Arpit started his design journey in the year 2014 and had a strong belief in himself to do something great in the field, he thus joined NIFT in 2016. Arpit’s passion for designing was so strong that he stood as a proud topper. In addition, he has also conducted some design sessions at NIFT to share his knowledge with the students.

Speaking about his passion Arpit shares, “Design is something that has always piqued my interest. Attending NIFT Hyderabad provided me with numerous options. I started a part-time job to learn more and gain experience while obtaining a Bachelor’s degree in Design. Managing both study and job is really difficult for me, but my college professors have always been supportive. I wish to learn more about this profession because I believe I still have a lot to learn. Studying for the Master’s degree at the University of Auckland will enable me to gain a better understanding of Design. My design goal for the future is to explore and bring simplicity to complex problems. This will allow the user to use the product efficiently.”

According to Arpit’s research, studying in New Zealand is one of the safest places in the world and the country has developed an education system based on the successful UK model. Tuition fees are relatively affordable, especially when compared to the US, and local universities are listed among the best in the world. The quality of education is also confirmed by international tests, which reveal New Zealand students are in the top 10 in terms of academic success worldwide. In arts & design, four universities of New Zealand ranked under 150 by QS ranking in the year 2020.

Arpit has a clear aim with a lot of dedication, all he needs is support for his further education expenses. He appeals to everyone to help him achieve his goal by donating to his ImpactGuru fundraiser.

COVID-19: UP schools, colleges to remain closed till January 23

UP colleges, universities shut till Jan 16 amid Covid surge