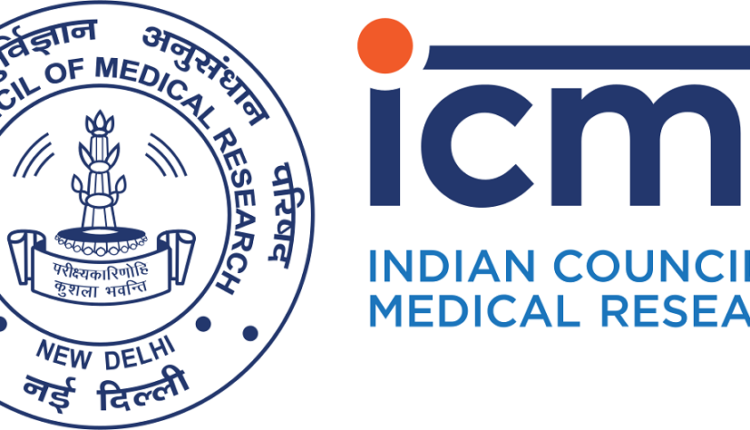 The Indian Council of Medical Research (ICMR) has successfully validated ‘COVIRAP,’ the diagnostic machine evolved by the IIT Kharagpur researchers, for its efficacy in COVID-19 detection. Various commercial units have already approached the Institute for technology licensing to enable a rapid reach of this innovation to the common people across the State. After rigorous testing with the patient samples by an authorized ICMR laboratory, adhering to their strict guidelines, ICMR has now provided green signal to certification for this COVID-19 Diagnostic Test. This test has been designed to be fairly easy to conduct and it is quite affordable as well which may produce results in a custom-developed mobile phone application within an hour. Addressing a Virtual Press Conference today to announce this major development in the nation’s fight against COVID-19, the Union Minister of Education Dr. Ramesh Pokhriyal Nishank said, “I am glad the researchers from IIT Kharagpur have achieved the goal of Atmanirbhar Bharat through this medical technology innovation. This would go on impacting the lives of many in rural India as the device is portable and can be operated on a very low energy supply. Minimally trained rural youth can operate this device.”  The minister added that the innovation has made “high-quality and accurate COVID testing affordable for the common people with a testing cost of around ₹ 500/- which can further be reduced through government intervention.” He said, “As informed by IIT Kharagpur, this machine can be developed at a cost of less than ₹ 10,000/- with minimal infrastructural requirement making the technology affordable to common people. The testing process in this new machine is completed within an hour.” Dr Pokhriyal congratulated Prof. V.K. Tewari, Director, IIT Kharagpur and the research team led by Prof. Suman Chakraborty and Dr. Arindam Mondal for this path-breaking innovation taking molecular diagnostics from high-end labs to the field.

The project received financial support from the Institute in late April 2020 as Prof. Tewari decided to establish a dedicated fund to support COVID-19 related research and product development as per an initiative by the Union Ministry of Education following the vision of Dr. Ramesh Pokhriyal Nishank, the Minister.

Speaking about this test, Prof. V. K. Tewari, Director, IIT Kharagpur, said, “This is indeed one of the greatest contributions in the history of medical science, particularly in the area of virology, and is well set to replace PCR-based tests to a large extent.”

It is to be mentioned that the subsequent financial support to this project was provided by the IIT Foundation, USA, to meet the various expenses in the clinical testing phase. Partial financial support has also been provided from the Common Research and Technology Development Hub on Affordable Healthcare, established by Council of Scientific and Industrial Research (CSIR), Government of India, at IIT Kharagpur.

Dr. Shanta Dutta, Director, ICMR-NICED while appreciating the efforts of the fellow researchers stated, “While overseeing the testing and validation, I was very impressed with the portable low-cost machine unit that can truly be a game-changer for COVID-19 diagnostics at peripheral laboratories with the support of unskilled human resources as operators. This now needs a rapid commercial scale-up to cater to the needs of the underserved population.  ICMR-NICED will be pleased to facilitate support for further improvisations in the method towards even superior performance.”

Elaborating on the validation process of ‘COVIRAP’ Diagnostic Test, Dr. Mamta Chawla Sarkar, an internationally acclaimed Virologist who oversaw the patient trials on behalf of ICMR-National Institute of Cholera and Enteric Diseases (NICED) said, “A detailed scrutiny of the testing results has clearly shown that this assay holds the capability of detecting extremely low levels of viral loads that any other method based on similar principles of testing, even those from the most celebrated research groups across the world, could not come up with so far. In practice, this means that very early stages of infection can be detected, thereby isolating the patient and arresting the uncontrolled spread of infection in the community via asymptomatic patients.”

This new testing method implements a highly reliable and accurate molecular diagnostic procedure that can be conducted in an ultra-low-cost portable device unit developed by the research team of IIT Kharagpur. The test results are rendered via a custom-made mobile application for dissemination without requiring manual interpretation.

This novel diagnostic platform, developed by the team of researchers is led by Prof. Suman Chakraborty, Professor, Department of Mechanical Engineering, IIT Kharagpur, and Dr. Arindam Mondal, Assistant Professor, School of Bio-Science, IIT Kharagpur. This diagnostic device has been subjected to rigorous testing protocols as per the ICMR guidelines, at ICMR-NICED, an Institute authorized by ICMR. The tests conducted there have revealed that the results from this new assay are of standards comparable to the celebrated RT-PCR tests, with a remarkably high level of specificity and sensitivity, the two common parameters used as indicators of efficacy of any diagnostic test.

ICMR-NICED has further certified the test to be extremely user-friendly. Notably, the number of tests per one-hour batch in a single machine unit can be further increased for much higher limits, for the purpose of testing on a mass scale.

Elaborating on the test, Prof. Suman Chakraborty, Professor, Department of Mechanical Engineering Department, IIT Kharagpur, said, “The patented machine unit has not only been proven to be robust during the patient sample testing but has also demonstrated to be extremely flexible and generic. This means that other than COVID-19 testing, many other tests, falling under the category of ‘isothermal nucleic acid-based tests’ (INAT), can be performed in the same machine. In other words, Influenza, Malaria, Dengue, Japanese encephalitis, Tuberculosis and many other infectious, as well as vector-borne diseases, can be tested using the same machine. This will virtually minimize the need for thermal cyclers or real-time PCR machines, without sacrificing the expected high standards of a molecular diagnostic test.” He added “Today, it is COVID-19; yesterday, it was Leprosy and Tuberculosis; tomorrow, it will be something else. This technology is all set to create a revolution in the rapid and low-cost detection of all these, by bringing high-end molecular diagnostics from the lab to the field. The impact of this, therefore, is long-lasting, empowered by the capability of detecting unforeseen pandemics in the coming years that may potentially endanger human lives time and again.”

According to Dr. Arindam Mondal, Assistant Professor, School of Biosciences, IIT Kharagpur, “During the testing phase of patient samples, all kits, exclusively developed at IIT Kharagpur, were transported in an uncontrolled environment for hours to the testing unit, which shows high levels of stability of the reagents that are being used for the testing.”