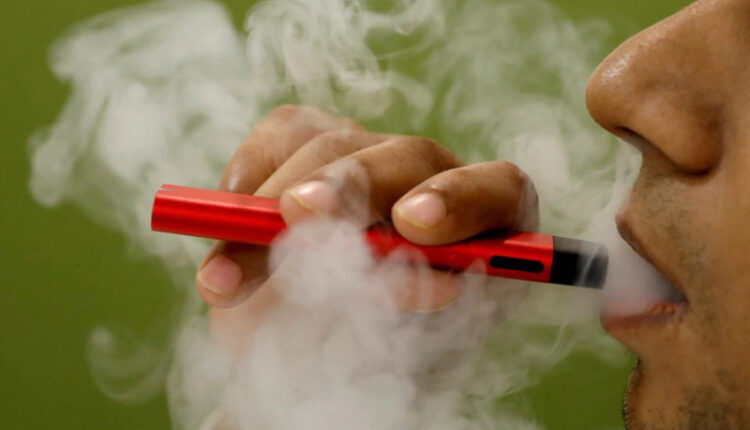 New Delhi (01/12/2022): Vaping, banned across India, continues to throw up fresh challenges to the country’s health officials who are flooded with statistics and scientific studies suggesting vaping is the best way to advance the global fight against smoking.

And it is because smokers who succeed in quitting with the usual cessation tools have high relapse rates. And then, people who smoke simply do not plan on quitting.

For this reason, it is essential – claim the studies – to support tools that provide a solution to this problem. Health ministry officials are being told policies aimed at reducing the harm caused by smoking are an additional route to cessation and prevention in order to achieve this.

And then, there is strong evidence and international experience that show alternative products, such as electronic cigarettes or smoke-free tobacco, can be part of the solution and not part of the problem in the fight against smoking.

The pressure is mounting high on health ministry officials in India.

The ministry officials, it is reliably learnt, are being told it is essential to listen to all scientific perspectives without exclusion or censorship of any kind in order to optimise the effectiveness of anti-smoking policies. Therefore, the proposed comprehensive tobacco control plan should consider all the available scientific evidence and not just a part of it.

Scientific debate, dialogue and not an excluding monologue, is the key for science to move public policies forward.

Experts say the Indian government must listen to the opinion of all professionals and experts who face the daily damage caused by smoking, without persecution or false accusations. And that there is an immense need for more training for health professionals and more information for smokers across the world, including India.

Why? Because in many countries, India included, there is a considerable lack of knowledge among the medical community about the potential of harm reduction products in the fight against smoking. Therefore, taking science as the backbone, training programmes should be implemented in India for health professionals (both in the public and private sectors) on the characteristics of these tools and the cases in which they can play a beneficial role.

Smokers should have as much information as possible about them. To this end, objective and scientifically validated public information should be provided, always contextualising the fact that these products are not harmless and should only be considered by adult smokers who have tried to quit smoking and have not succeeded.

It is important to highlight here that smoking tobacco, which involves inhaling smoke produced by combustion, is the most harmful form of nicotine consumption and the most widespread among the population.

India, claim experts, must learn from the experience of other countries like the UK and New Zealand which, among others, are already successfully implementing policies that combine particularly restrictive treatment and regulation of combustible tobacco use with strategies that encourage the use of harm reduction tools for adult smokers.

According to the latest Eurobarometer, which also includes the United Kingdom, the smoking rate in this country stands at 12%, five points lower than in 2017. Likewise, in New Zealand, since its Ministry of Health launched its campaign to support the e-cigarette as a tool to quit smoking, the reduction in smoking rates has seen a significant acceleration, reaching a historic decrease of almost 3 points in a single year.

For example, Hong Kong, not far from India, is soon going to reverse its ban on the re-export of e-cigarettes and other heated tobacco products by land and sea transport by the end of this year as part of efforts to ignite growth.

Vaping is not without risk, the evidence for vaping does not say that. It merely says cigarette smokers who switch would suffer from far fewer negative effects and live relatively longer, healthier lives. As a result, research and studies on vaping across the world, mostly in developed nations, are making the governments – India included – sit up and take notice.

India’s Health Ministry officials should, by now, realise the ban is useless, and its reversal is a necessity. It can and should never be considered an indulgence. India, in fact, must consider humane, risk-proportionate regulations while incorporating safeguards to prevent uptake.

Nearly a third of the population in India is dependent on some form of tobacco. This, in turn, leads to nearly 14 lakh deaths, almost the total population of Ranchi or Jabalpur. And then, the World Health Organisation (WHO) says the whopping loss of $27.5 billion annually is due to diseases related to tobacco use for persons aged 35 and above.

There are countless laws the Ministry of Health has initiated to prevent or dissuade people from smoking. But the most controversial one is the irrational decision it took on the vaping industry. This must change, if India has to align itself to global trends and take the right step.

The UK public health agency recently announced that the UK will be the first country to prescribe medically authorised e-cigarettes for smoking cessation within its National Health Service.

Scientists in the UK have concluded that vaping products should be put on prescription to help millions kick their smoking habits. This is a significant change. Soon, England would become the world’s first nation to prescribe e-cigarettes licensed as a medical product.

In private conversations, India’s health ministry officials admit the move is a big one with far reaching impact for nations like India which continues to enforce the ban.

But the ban has not been reversed, it should soon.