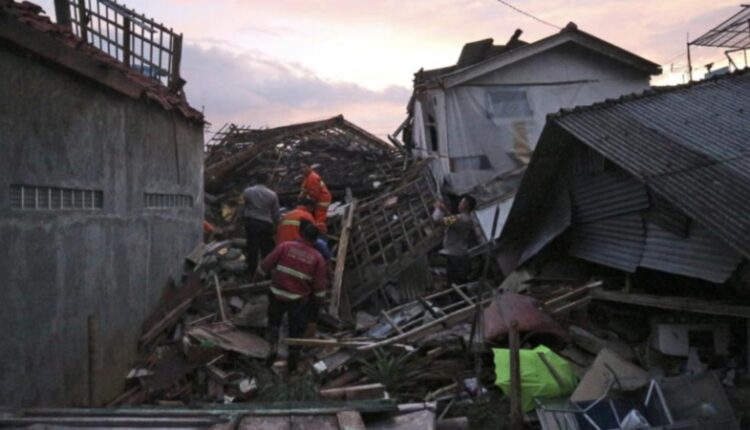 Indonesia, Nov 23, 2022: As many as 268 victims have lost their lives until now following an earthquake which rattled Indonesia’s main island of Java on Monday.

Earlier, a report by Associated Press had said that over 300 people were seriously hurt and more than 600 people had suffered minor injuries.

The number of people who are missing remains yet to be cleared as rescuers continue to search for victims amidst the rubble of buildings.

Initial rescue efforts were seriously hindered as a result of damaged roads and bridges, power outages, and shortage of necessary equipment.

Indonesia president Joko Widodo, who this month led his country as it hosted the 2022 G20 summit, stated his government would offer financial compensation.

On Tuesday, Indian Prime Minister Narendra Modi had expressed solidarity with the people of Indonesia. “Saddened by the loss of lives and damage to property from the earthquake in Indonesia. Deepest condolences to the victims and their families. Wish a speedy recovery to the injured. India stands with Indonesia in this hour of grief,” he had tweeted.

Bharat Jodo Yatra Will be Successful in Rajasthan, affirms Pilot amid feud murmurs

India Will Not be an Ally of USA, It will be Another Great Power, says White House…

PM Modi was instrumental in forging Consensus at G20 Meet, says US Official