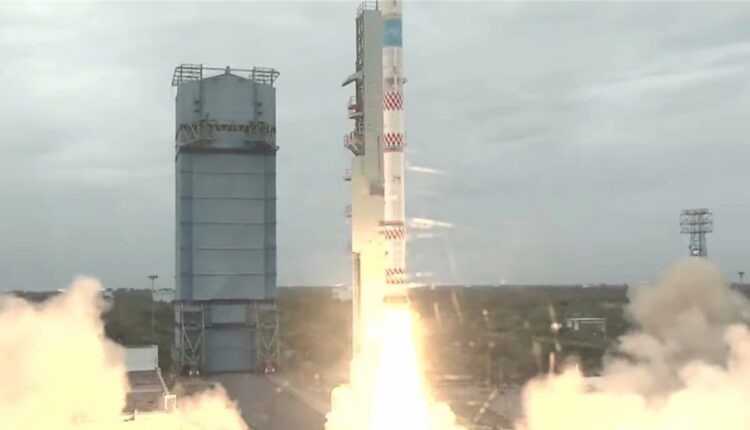 India (07/08/2022): This Sunday morning marks a milestone for the Indian space sector with the launch of SSLV, the first small satellite launch vehicle by ISRO.

SSLV is expected to become the most frequently used launch vehicle by ISRO, replacing PSLV.

The most intriguing part about SSLV is that it contains a satellite not built by professionals, but built by 750 schoolgirls of India. SSLV is said to mark the 75th Anniversary of independence.

The SSLV is 34m tall and about 10m less than PSLV. SSLV has a lift-off mass of 120 tonnes by PSLV has 320 tonnes. SSLV would be used to deploy satellites in the low orbit of earth. Originally scheduled for 2018, the launch was pushed back several times. The demand for the launch of small satellites has increased at a rapid pace in the last eight to ten years, thanks to the ever-growing need for space-based data, communication, surveillance, and commerce.

The SSLV contains two satellites, EOS-02 and AzaadiSAT, built by students. It is said to be a game changer as it is expected to render extremely good results. The rocket is supposed to have a quick turn-around time, usually less than three days. It is said to be cost-efficient and can be assembled quickly. More importantly, it is likely to drastically increase ISRO’s launch rate.

The launch was visible to the general public from the Satish Dhawan Space Center in Sriharikota, Andhra Pradesh.

The SSLV was launched at around 9.30 am on Sunday morning and the relevant tests were carried out. It was soon reported by ISRO Chairman S Somanath that during the terminal phase of the launch, data loss has been observed and it is being analyzed. Updates will be released soon.

Small satellites are said to be the future of the space sector with its low cost, less turnaround time, flexibility in accommodating multiple satellites, and minimal launch infrastructure.