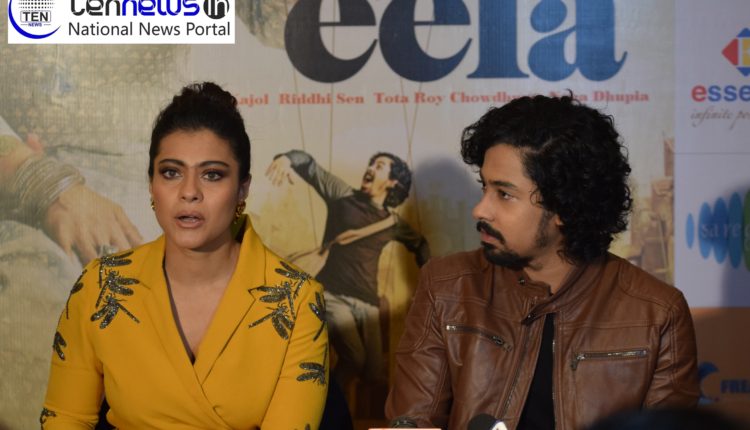 Helicopter Eela is an upcoming Indian Hindi-language film directed by Pradeep Sarkar. It features Kajol in the lead role as an aspiring singer and single mother, and is written jointly by Mitesh Shah and Anand Gandhi. It is based on the Gujarati play Beta, Kaagdo, written by Anand Gandhi.

Kajol, who was last seen in movie “VIP 2”, is all set to make a comeback in Bollywood with “Helicopter Eela”.
Ever since the trailer of the film released, the makers have received a humongous response from the movie buffs for its fresh concept.

Tota Roy Chowdhary of the “Indu Sarkar” fame plays the role of Kajol’s husband in the film. The actor apparently wanted to improve his grasp on Hindi for the film, and with Kajol being a multi-linguist, he found in her the ideal tutor to improve his fluency in Hindi. Reportedly, whenever the actor faced difficulties with regard to delivering Hindi dialogues, Kajol came to his rescue immediately.

The Kajol starrer Helicopter Eela is hoping to get a good response from its audiences. The film will hit cinemas on Friday, the 12th of October.