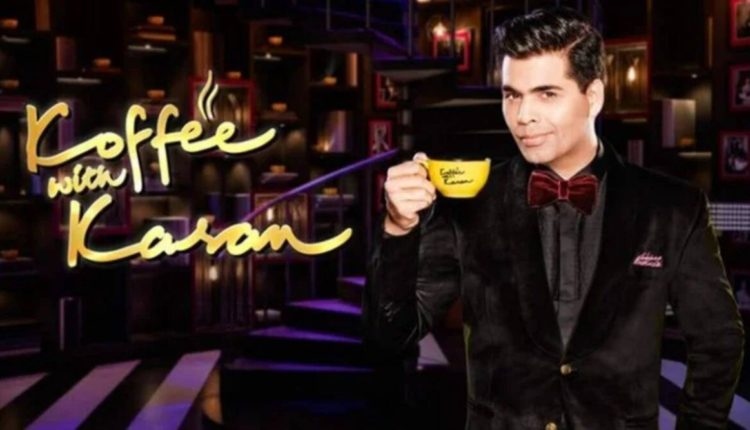 Koffee With Karan soon to be back with a new season. Checkout the star-studded guest list here

New Delhi, 26 April 2022: The new season of the talk show, Koffee with Karan is set to start in May, Pinkvilla stated.

“Karan is currently shooting for Rocky Aur Rani Ki Prem Kahani and it’s in May when he will wrap up a major chunk of the film. Once calling it a schedule wrap, Karan will commence his work on his chat show, Koffee with Karan. The planning and pre-production has already begun and the team is now all ready to start shooting from mid-May,” stated by Pinkvilla sources.

It is expected that the show will go on air in June on Star Network, source added

The upcoming season of KWK is expected to include Alia Bhatt and Ranbir Kapoor, Vicky Kaushal and Katrina Kaif, the highlight of bollywood with their recent wedding. Apart from this Akshay Kumar, Kiara Advani, Varun Dhawan, Neetu Singh, Siddharth Malhotra among others are expected to come on the show.

However, with the announcement of the new season of KWK, netizens have took it to social media to express their disappointment stating that they will boycott the show, while some have questioned the intention of the show as merely for publicity of movie Brahmastra.

BollywoodKoffee With KaranKoffee With Karan soon to be back with a new season. Checkout the star-studded guest list here
Share FacebookTwitterGoogle+ReddItWhatsAppPinterestEmail