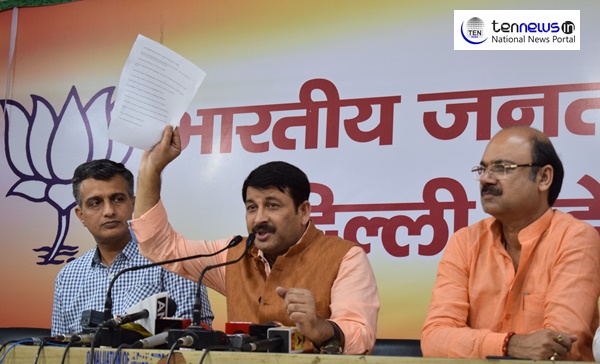 On Saturday, Slamming the Aam Aadmi Party convenor and party leaders, the Delhi BJP Chief Manoj Tiwari said, “Kejriwal and his team immediately got into shielding the corrupt minister after receiving the news of the raid on his premises.”

“Kejriwal must come clean about the allegations levelled by the sacked Delhi minister.He must respond to Mishra’s claims instead of resorting to mud-slinging. Kejriwal has increased corruption in Delhi by leaps and bounds and this has overshadowed governance. The AAP’s leadership is being questioned because it is one man’s party indulging in corrupt practice and filling the coffers of his own family and people around him.”

AMRAPALI Directors are in fix over books of accounts