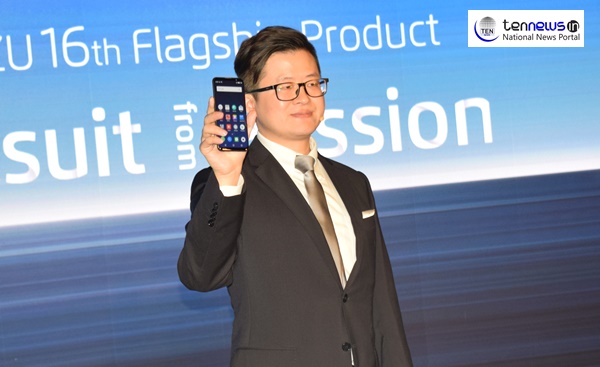 New Delhi: Meizu, one of China’s leading smartphone brands today launched an exciting range of 3 smartphones, the C9, the M6T and M16th, in India. Meizu has announced three new smartphones in India after a period of almost three years. The main attraction amongst the three is the Meizu M16th which is the company’s flagship offering. All three phones will be available exclusively online on Amazon.in.

The C9 is an affordable smartphone just Rs 5,999, which comes packed with premium features at an Unrealistic price The phone is a perfect mix of popular specs such as face unlock and best-in-class display of 5.45 inch, with a screen resolution of 720 x 1440 pixels. The phone has a 3000 mAh battery and a 13 MP rear camera.

The flagship Meizu M16TH comes as 8GB / 128 GB variant, and will be available on Amazon for an introductory price of Rs. 39,999 only. The M16th has an elegant design, forgoing the notch display in favour of world’s thinnest bezels measuring just 1.43mm, that support a screen to display ratio of almost 90%, aimed at offering the style-conscious buyer an option which truly sets their device apart from the crowd.

Speaking on the occasion, Ramashish Ray, CEO and Country Head, Meizu India, said, “Our industry is trapped in this mad rush of specs vs price, and a commoditised hardware game. Brands have forgone a key consumer need of the smartphone being a personal device, and not just a functional handset. The fact that a personal device is also a projection of the self and design plus craftsmanship is a key element of the equation has been compromised.”

Commenting on the launch, Noor Patel, Director-Category Management, Amazon India said, “We are excited to announce Meizu C9 exclusively on Amazon.in. Smartphones is one of the largest categories on Amazon.in and we are committed to provide our customers with the best selection at great prices.”

Bulandshahr Main Accused Releases Video While Being On The Run, Claims Innocence

926 Police personnel have been awarded Medals on the occasion of Independence Day,…