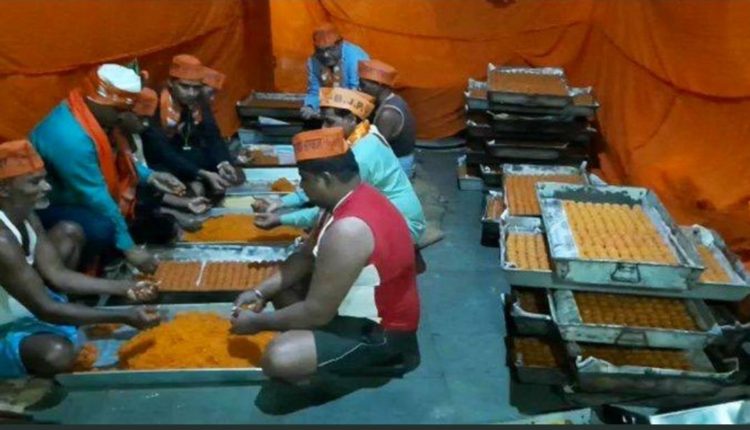 With the National Democratic Alliance (NDA) leading on 127 seats in Bihar, as per the Election Commission (EC) trends till 4.30 pm, the Bharatiya Janata Party (BJP) supporters and workers have started celebrating at their party office in Patna.

Beating drums and raising slogans in praise of Prime Minister Narendra Modi and incumbent Chief Minister Nitish Kumar, the BJP supporters and workers could be seen distributing face masks with the party’s logo printed on them on Tuesday afternoon.

A BJP supporter blew a conch shell, while others cheered with slogans for Prime Minister Narendra Modi and Bihar. The BJP looks like emerging as the single-largest party in Bihar polls. As per the EC trends for all 243 seats till 4.15 pm, the NDA is leading on 127 seats — the BJP 77, JD(U) 42, Vikassheel Insaan Party (VIP) 5, Hindustani Awam Morcha (Secular) 3.

The Mahagathbandhan is ahead on 102 seats — the RJD 66, Congress 18, and Left parties 18.
The JD(U) has been declared the winner on two seats, while RJD one.

The BSP is leading on two seats, AIMIM on four, LJP on one and independents on three. Others have 19 per cent of votes.

Counting of the votes is underway for the three-phase Bihar Assembly elections, but the result declaration this time will be different due to the coronavirus pandemic. The counting will continue till late evening on Tuesday, said Chief Electoral Officer of Bihar H R Srinivasa.

The fate of 3,755 candidates across 243 seats will be decided with the Election Commission setting up a total of 55 counting centres, housing 414 halls, spread across all the 38 districts of the state that voted on October 28, November 3 and November 7.