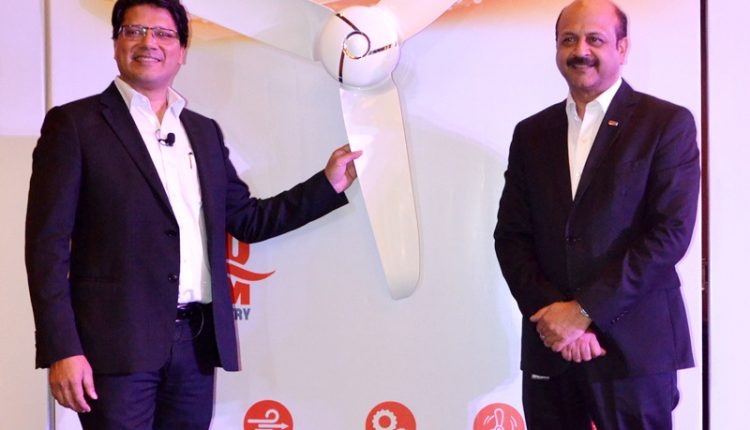 New Delhi: Orient Electric brings world class technology to its premium fans, launched Aerocool with winglet technology & aerofoil design in Capital, Offering a complete range of Aeroseries fans that focus on three defining aspects -reduction of sound, increase in air delivery and aesthetics. Super premium fans to contribute to 10 per cent of its total fan sales in the next 2 years.

The new launch is part of the company’s plans to strengthen its presence in the fast-growing premium and super premium segments. Orient Aerocool takes the technological genius of recently launched Aerostorm fan a step further with its striking looks, aerofoil blade design, winglet technology and the unique bottom canopy.

Speaking to Ten News, Atul Jain, Sr. VP & Business Head, Fans, Orient Electric said, “It gives me immense pleasure to share that our Aeroseries fans range is finding acceptance all over the country, particularly in markets such as Tamil Nadu, AP, Kerala and Karnataka in South, Maharashtra and Gujarat in West and parts of the north like Delhi, UP, Punjab and Rajasthan, which are all very critical markets. Our recent tie-up with Amazon for Aerostorm fan has been a success and we have captured No. 1 position in premium ceiling fans at Amazon Great Indian Sale (21st-24th Jan)”.