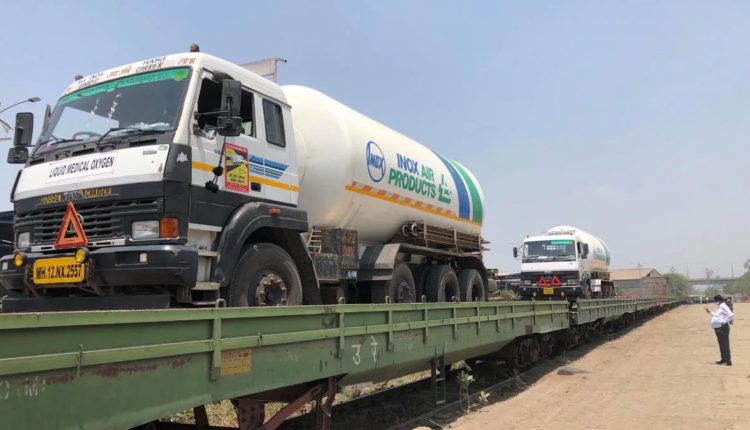 It may be noted that 196 Oxygen Expresses have completed their journey so far and brought relief to various States.

Till the time of this release, 11 loaded Oxygen Expresses on run with more than 717 MT of LMO in 43 tankers.

Oxygen Expresses have been delivering nearly 800 MT of LMO to the Nation each day for last few days.

It is Indian Railways endeavour to deliver as much LMO as possible in the shortest time possible to the requesting states.

Running of new Oxygen is a very dynamic exercise and figures keep getting updated all the time. More loaded Oxygen Expresses are expected to start their journeys later in the night.

Railways has mapped different routes with Oxygen supply locations and keeps itself ready with any emerging need of the States. States provide tankers to the Indian Railways for bringing LMO.