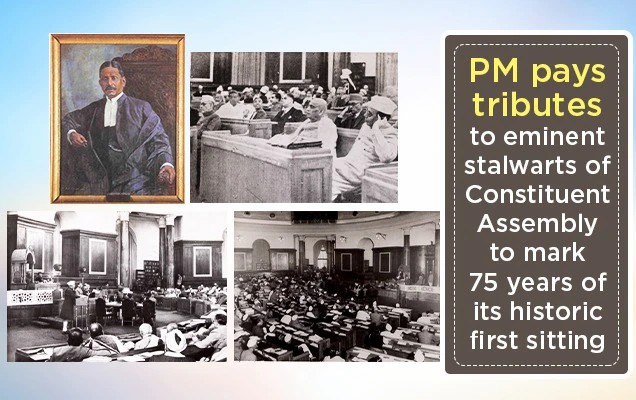 The Prime Minister, Narendra Modi has paid tributes to eminent stalwarts of Constituent Assembly to mark 75 years of its historic first sitting.

In a series of tweets, the Prime Minister said;

“Today, 75 years ago our Constituent Assembly met for the first time. Distinguished people from different parts of India, different backgrounds and even differing ideologies came together with one aim- to give the people of India a worthy Constitution. Tributes to these greats.

The first sitting of the Constituent Assembly was Presided over by Dr. Sachchidananda Sinha, who was the eldest member of the Assembly.

He was introduced and conducted to the Chair by Acharya Kripalani.

Today, as we mark 75 years of the historic sitting of our Constituent Assembly, I would urge my young friends to know more about this august gathering’s proceedings and about the eminent stalwarts who were a part of it. Doing so would be an intellectually enriching experience.” 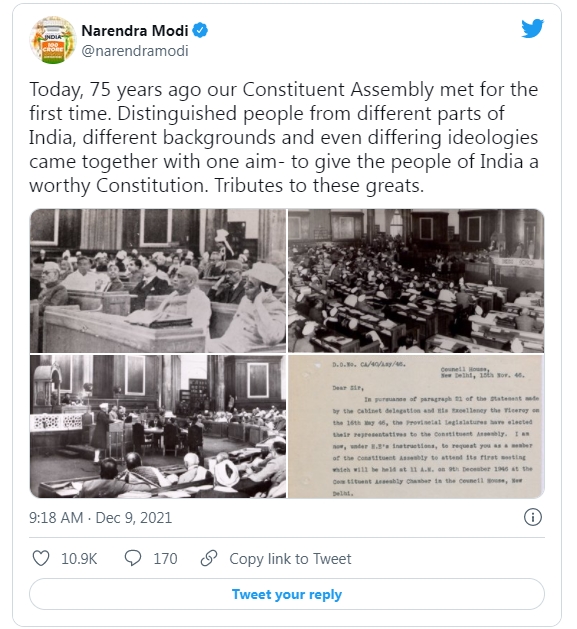 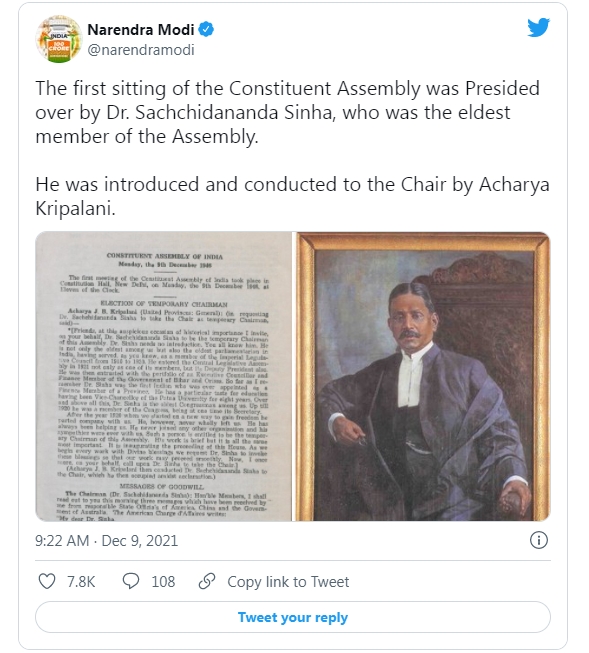 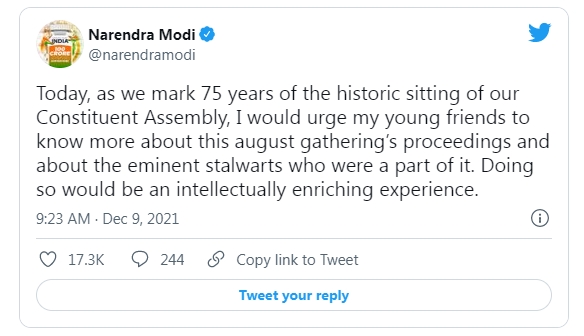 Underwriting Auction for sale of Government Securities for ₹24,000 crore on December 10, 2021