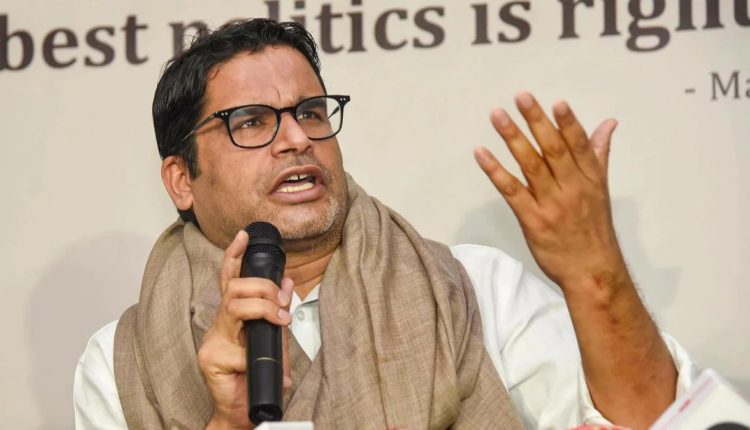 Political strategist Prashant Kishor on Thursday tendered his resignation from the post of Principal Advisor to Punjab Chief Minister Captain Amarinder Singh ahead of the 2022 Assembly elections.

In his resignation letter, Kishor stated that as he decided to take a temporary break from an active role in public life, he will not be able to discharge his duties as the Principal Advisor to the Punjab CM.

Kishor’s letter read, “As you are aware, in view of my decision to take a temporary break from active role in public life, I have not been able to take over the responsibilities as your Principal Advisor.”

“Since I am yet to decide on my future course of action, I write to request you to kindly relieve me from this responsibility. I take this opportunity to thank you for considering me for this position,” added the political strategist in his letter.

In March this year, Punjab Chief Minister Captain Amarinder Singh had appointed Kishor as his Principal Advisor ahead of the 2022 Assembly polls in the state.

As a political strategist, Kishor worked with many parties and helped them win various elections.

He helped Janata Dal (United) chief Nitish Kumar to win the Assembly polls in 2015. Following this, Kumar appointed Kishor as the vice president of JD-U. However, Kishor was expelled from JD-U in January 2020 over his disagreement with the party on the issue of the National Register of Citizens (NRC).

Lately, there have been several meeting between Prashant Kishor and Congress top brass including Rahul, Sonia and Priyanka, fueling speculations that he may take a more active and bigger role in Congress.

Six Universities/Institutes and five Medical Colleges have been selected for setting up of Sports Science Departments and Sports Medicine Departments under the NCSSR scheme: Anurag Singh Thakur

Underwriting Auction for sale of Government Securities for ₹26,000 cr on August 6, 2021