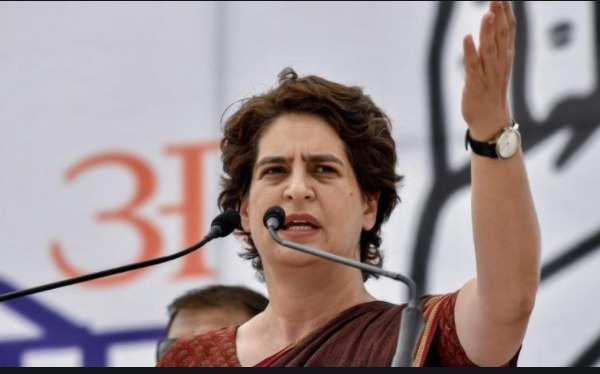 The Hathras rape victim has succumbed to assault injuries at a hospital in New Delhi and was cremated without the presence of family members on late Tuesday night.
According to sources, Vadra spoke to the family members of the victim and assured them of fighting for their justice.

“Planning is being done, she can go anytime,” a source said, on Vadra’s likely visit to the village.

Earlier in the day, Vadra had questioned the Yogi Adityanath government in Uttar Pradesh over the Hathras incident, over social media.

“I want to ask some questions to the chief minister of UP – Who ordered to cremate the body of the victim, forcefully denying the family its right to do so? Where were you sleeping for the last 14 days? Why did not you act… What kind of chief minister are you,” she tweeted in Hindi on Wednesday.

“I was on the phone with the Hathras victim’s father when he was informed that his daughter had passed away. I heard him cry out in despair. He had just been telling me that all he wanted was justice for his child. Last night he was robbed of the chance to take his daughter home for the last time and perform her last rites,” Gandhi said in her first two tweets on the issue on Wednesday.

Many parties have questioned the law and order situation of the state and demanded swift action against the concerned authorites.