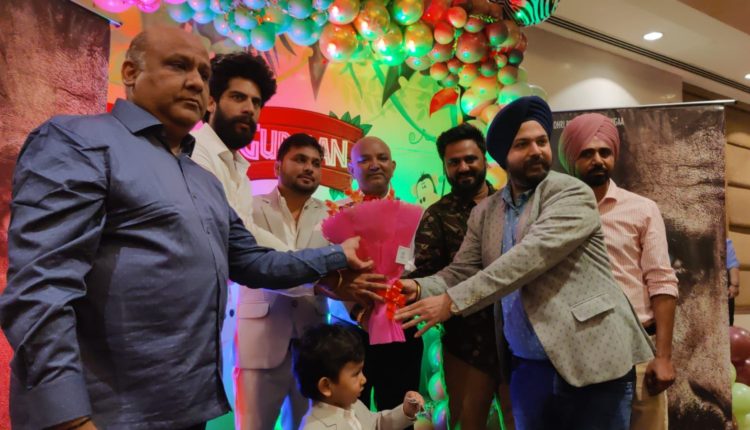 New Delhi (27/04/2022): Recently, Producer Nitin Mehra visited Delhi to launch the new Poster of his upcoming Punjabi Film Neela. The launch was scheduled on his Son Guraman’s second Birthday. The movie is directed by Prem Singh Sidhu. The launch event was held at Radisson Blu Hotel, Dwarka. Vivek Ohri, owner of Ohri Productions also made his presence at the event. Producer Vipin Mehra has co produced the movie with Nitin Mehra.

Famous Punjabi singer Singha will be playing lead character in the movie. Singga made his debut as a lyricist with the song “Mere Yaar.” He has given several hits like “Jatt Di Clip 2,” “Badnam,” “Brotherhood,” etc. He earned recognition after featuring in the song “Brotherhood” with Mankirt Aulakh. While talkin’ to media, He shared, ” I am playing the role of a Phycho Boy, Neela is the story about his life. Soon the trailer will be launched and release date will be out. I request my fan to keep loving and supporting me as always.”

AAP to protest against Bulldozer action in Jahangirpuri

Prev Next
Leave A Reply