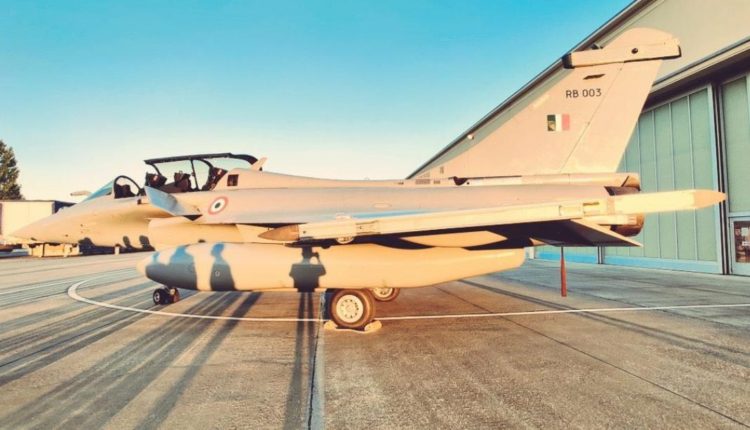 Rafale to land in Ambala tomorrow, Airforce Chief Bhadoria to mark his presence

Ambala (Punjab), July 28, 2020: Much talked about Rafale fighter jets will be landing for the first time in Indian soil at Air Force base in Ambala tomorrow.

The fighter jets which have flown from France are expected to arrive in Ambala at around 2PM.

Airforce Chief Bhadoria is expected to remain present at the ceremony which will mark the arrival of these aircrafts in the country.

Touted to be a game-changer, Rafale fighter jets had taken off from Mérignac Air base in France for India.

This first batch of five Rafale aircrafts are slated to be inducted in the Indian Air force tomorrow.

On their way to India they were also refueled in the air.