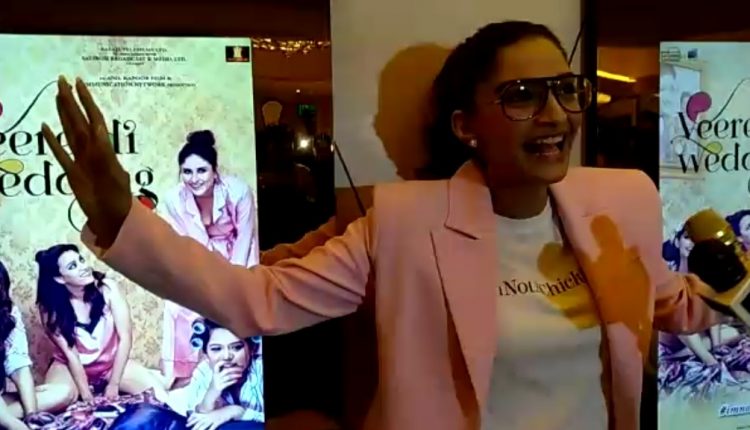 New Delhi: Even before the multi-starrer film ‘Veere Di Wedding’ has hit the theatres, the star cast of the movie believed that the viewers will surely come out to watch the film.

The star cast of the upcoming film, Kareena Kapoor, Sonam Kapoor, Swara Bhaskar and Shikha Talsania expressed happiness over the positive response enthralled by the trailer and songs of the much-awaited movie.

Speaking to Media on the success of her film, Sonam kapoor Ahuja Said, "If it’s good commercial film doesn’t matter it’s a man or a woman. I’m very very happy for my sister rhea kapoor who is the producer of the film. Shashank who directed, Kareena, Swara, Shikha, Ekta for them also I’m super happy and really really Excited."