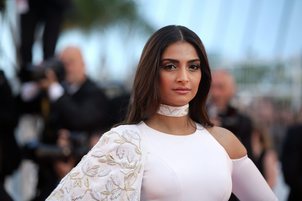 Sonam’s “Battle for Bittora” on hold due to date issues Mumbai, May 17 (PTI) Actress Sonam Kapoor starrer “Battle for Bittora” has been kept on hold primarily due to date issues.

“Battle for Bittora” an upcoming comedy film to be directed by Shashanka Ghosh is based on the novel of the same name authored by Anuja Chauhan.

“It is not shelved. The film is on hold due to date issues. It will happen but not immediately. It’s a good story and we will make it,” Ghosh told PTI.

The film was to reunite Sonam Kapoor and Fawad Khan.

They had earlier worked on the remake version of “Khubsoorat”.

Reportedly, Sonam started shooting for Salman Khan starrer “Prem Ratan Dhan Payo” and then “Neerja”. Apparently Fawad walked out of the film due to date issues but Ghosh remained tight-lipped on the Pakistani hearthrob.

“Sonam will be part of the film. The rest of the actors lets see,” Ghosh said.

Reportedly in the film, Sonam will play an animation expert who will find herself contesting elections in Bittora opposite an ex-royal.

The film is produced by Rhea Kapoor under the banner Anil Kapoor Films Company.