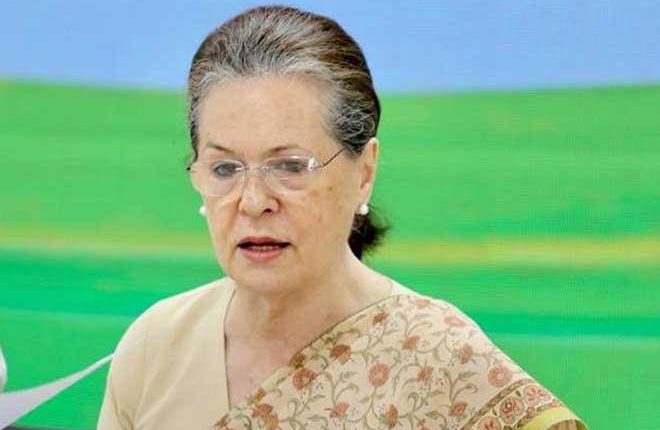 “It has imperilled lives and put at risk the lives and livelihoods of millions, particularly, the most vulnerable sections of our society. The entire nation stands as one in solidarity in the fight to halt and defeat the Corona pandemic,” Gandhi said.

“The 21-day nationwide lockdown announced by you as a measure to fight the coronavirus is a welcome step. As president of the Indian National Congress, I would like to state that we will support and collaborate fully with every step taken by the Union government to ensure the containment of the pandemic,” Gandhi added.

Further, she suggested eight measures to address the crisis. “It is in the spirit of solidarity and cooperation, therefore, that I would like to suggest some measures that I believe will help us to address the massive health crisis we are about to face and to ameliorate the immense economic and existential pain that vulnerable sections of our society will soon be subject to,” she further wrote in the letter.

In her suggestions, Gandhi demanded a dedicated Web portal with information about designated hospitals, construction of intensive care units and ventilators, request to put in place broad-based social protection measures, including direct cash transfer, for daily wagers, MGNREGA workers, factory labour, construction and unorganised workers, fishermen, farm labourers and other vulnerable sections of the society. She has also demanded deferring all EMIs for six months, and waiving of interest charged by banks during this period. The Congress president also suggested a comprehensive sector-wise relief package, including necessary tax breaks.

“I sincerely believe that implementing ‘NYAY Yojana’ is the need of the hour. At this time of immense distress for the poor who are going to weather the major economic fallout of this pandemic, it will give them a basic economic resource to fall back on,” Gandhi said.

Lockdown alone is not enough to extinguish coronavirus, use this time to attack the virus: WHO