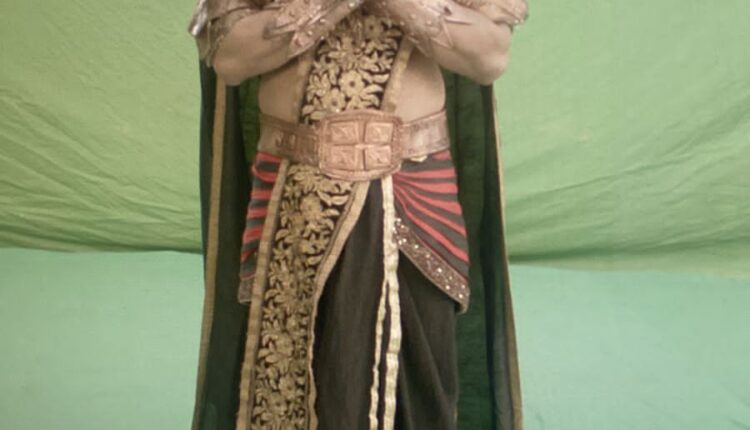 Sony Entertainment Television’s mythological narrative, Yashomati Maiyaa Ke Nandlala, weaves a beautiful story of a mother-son bond from Yashoda’s (Neha Sargam) point of view. Showcasing the unconditional love of a mother, viewers this week will witness the entry of well-known theatre artist Ranvijya R. Shukla who will be seen playing Utkach, also known as Shakta Sur. With an intention to kill Neelmani, the upcoming episodes will see how Utkach makes every possible attempt to try and harm him.

Delving into the story, Kans once again attempts to kill Lord Krishna with Utkach’s help. Utkach takes up his ‘Shakat roop’ to succeed in his motive to kill Neelmani. However, as Utkach approaches towards him, the miraculous powers that Neelmani possesses saves him. On the other hand, viewers will also witness how Yashoda senses trouble and immediately rushes to safeguard her child.

Elated to have joined the show, Ranvijya R. Shukla who will be seen as Utkach shares, “The story this week will take an interesting turn as Kans will once again attempt to kill Lord Krishna. This is one of the best experiences of my acting career. I have primarily done theatre, therefore doing television and essaying Utkach was something different for me as a performer as playing a mythological character demands good research and hard work. I underwent various workshops with the director to understand the character better. The creative team also narrated the overall story of the show to me so that I could understand the essence of the show. Ram Yashwardhan, who essays the role of Kans, is very humble and used to share his experiences with me which kept me motivated to bring something new and fresh to the table. I really hope that the viewers enjoy the track and the characters as the team has put a lot of effort into the making of the show.”