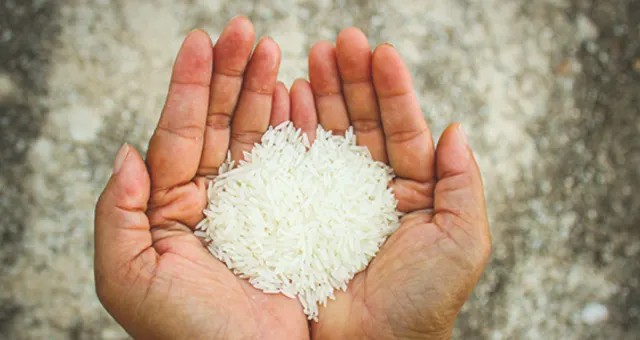 New Delhi (20/05/2022): The Department of Food and Public Distribution is working tirelessly to ensure implementation of ‘Rice Fortification’ to address malnutrition, anaemia and micronutrient deficiencies.

The storage and research division of the department, is also overseeing the quality standards of finished product from procurement to its distribution through various social security programmes as well as self-declared quality certification from the end of FRK (Fortified Rice Kernels) manufacturers/millers etc. For smooth implementation of entire programme/to maintain the desired quality standards under domestic supply chain, a Standard Operating Procedure (SOP) has also been formulated and issued by the Department in March, 2022.

In order to maintain the desired quality standards of Fortified Rice Kernels and Fortified Rice, the SOP clearly narrates the level-wise role & responsibilities of various stakeholders engaged under the ambitious scheme from FRK manufacturing to its distribution to the eligible beneficiaries.

And while the role and responsibilities of various stakeholders are defined by the Department, the Food Safety and Standards Authority of India (FSSAI) is also playing a vital role in the entire programme.

FSSAI, empanelled the FRK (Fortified Rice Kernels) manufacturers/licensed them, developed various quality certification standards/guidelines for packaging and stencilling of finished product, guidelines on sampling, Technical hand out on Fortification of Rice etc.  for various operational accomplishment.  FSSAI is also mapping the National Accreditation Board for Testing and Calibration Laboratories (NABL) accredited labs under the states which may test the various quality parameters of FRK/FR.

Promotional and regularity roles are also undertaken by the FSSAI’s Food Safety Officer (FSO). These officers are picking random samples from the mill and from fair price shops to ensure the quality of fortified rice (such that it covers all the shops and mills under his/her supervision in a quarter). Food Fortification Resource Centre (FFRC) a unit of FSSAI, which is functioning as a resource hub for fortification will provide any kind of assistance to the Food Business Operators (FBO), Millers, States, FCI etc/facilitate training & capacity building (FBO’s, rice millers, FPS owners, FSO’s etc.) and monitor & evaluate the programme with support from development partners.

FSSAI is a resource hub which provides information and inputs on standards and food safety, technology and processes, premix and equipment procurement and manufacture, quality assurance and quality control for fortified rice.

Rice fortification, a process of adding micronutrients like Iron, Folic Acid and Vitamin B12, is an effective, preventive and cost-efficient complementary strategy to address the challenge of anaemia.  There are various studies from the global as well as Indian context, including pilot projects, which have proven the efficacy of fortified rice as an effective intervention to address anaemia.

In an ambitious attempt to combat the serious problem of anaemia due to malnutrition, Hon’ble Prime Minister Narendra Modi made an announcement on 75th Independence Day (15th August, 2021) to mandate rice fortification in all social safety net schemes by 2024. It needs to be highlighted that dietary diversification & higher reliance on fruits & vegetables is another source of micro-nutrients but not always possible to afford by a large section of population. The Centre has been making efforts for creating various awareness programmes in different areas of country about the benefits of consuming fortified rice.  State Goverments have been suitably advised to sensitize the people of their State about the myths and misconceptions about fortified rice. Multiple states across the country have been effectively implementing fortified rice distribution through the public distribution system since the launch of the Centrally Sponsored Pilot Scheme for distribution of fortified rice thorough PDS, without any major challenges. Moreover, due to lack of awareness, however, fortified rice and its benefits are not understood properly.

With regard to Food Safety and Standards Authority of India (FSSAI) regulation on packaging material, procuring agencies like Food Corporation of India (FCI)/State Agencies, as the case may be strictly follows the guidelines of FSSAI and bags are imprinted with the +F logo and message “People with Thalassemia may take fortified rice under medical supervision.”

Fortification is the process of increasing the content of essential micronutrients i.e. Vitamins and Minerals (including trace elements) to food so as to improve its nutritional quality and provide a public health benefit with minimal risk to health. Food fortification is regarded as one of the top-three priorities for developing countries as per the Copenhagen Consensus Statement, 2008. Fortified foods are in fact not new to India. In India, consumption of Iodized Salt, also a type of fortified food, has led to the reduction in prevalence of Iodine Deficiency Disorders and diseases such as Goitre.  Rice fortification is also a viable preventive and complementary intervention to solve the problem of anaemia in a short period of span.

VP cautions against misuse of social media by anti-social elements