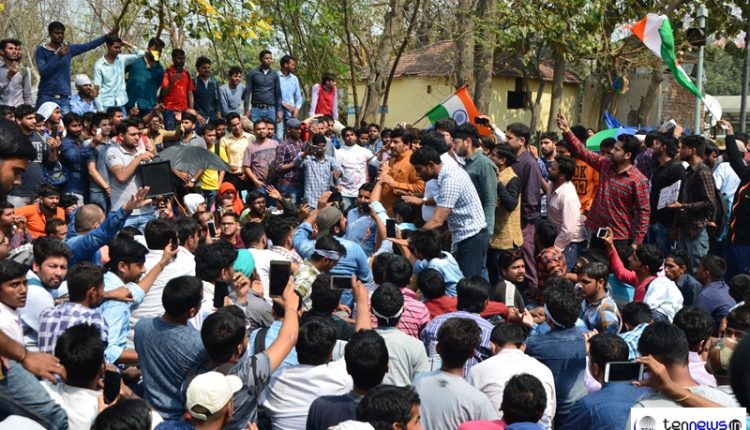 The Jawaharlal Nehru Stadium metro station was closed on Saturday and Sunday as a precautionary measure after students staged demonstrations outside the Staff Selection Commission’s office at CGO complex in New Delhi.

Speaking to Ten News Exclusively Protesters Said, “They have closed the toilets and switched off the street lights, we think this is pressure tactic so that we get violent. But we have decided to protest silently till our demands are fulfilled”.