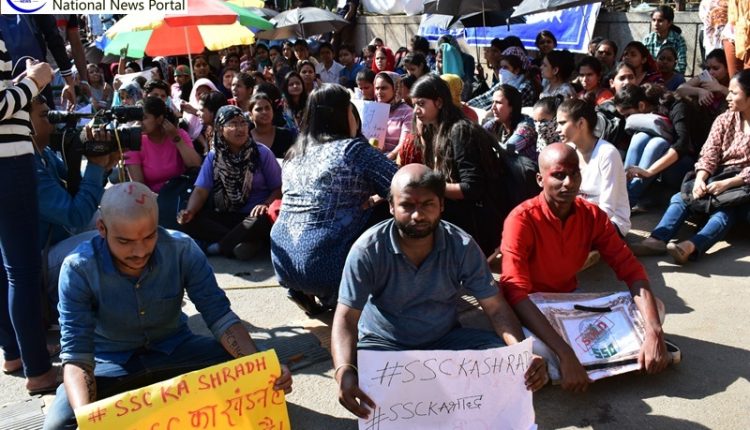 New Delhi: Months after the alleged leak in SSC (Combined Graduate Level (Tier II) examination and a follow up nationwide outcry against the Staff Selection Commission (SSC) and its chairman Ashim Khurana, Union government has granted a one-year “extension of tenure” to Khurana and amended the SSC rules to increase the upper age limit for the post.

A Gujarat-cadre IAS officer who was appointed SSC chairman in December 2015, Khurana completed his term on May 12 this year, when he turned 62. Two days later, the Department of Personnel and Training (DoPT) issued a note stating that Khurana had been granted “extension of tenure” as SSC chairman “on re-employment basis for a period of one year beyond 12.05.2018 or until further orders”.

The note also cleared amendment in the SSC rules “to specify an upper age limit of 65 years for holding the post of Chairman, SSC.”

The alleged paper leak of the Combined Graduate Level (Tier II) Examination, held from February 17 to 22 this year, had triggered widespread protests, following which a CBI probe was ordered. The SSC decided not to declare the results till the agency completed its probe.

Alleging a paper leak, thousands staged protests in front of SSC headquarter in Delhi and demanded a CBI probe under the surveillance of the Supreme Court.

Commenting over the issue, student leader and active member of SSC student protest, Anupam said, “The government has made a mockery of students by giving extension to Ashim Khurana. He already is above retirement age and giving extension after amending the SSC rules is shameful.”

‘The man who created this controversy and did nothing to save the credential of SSC despite nationwide outcry has no right to hold the office. Instead of punishing him, union government is giving extension.  The move shows that government has undermined the student protest”, he added.