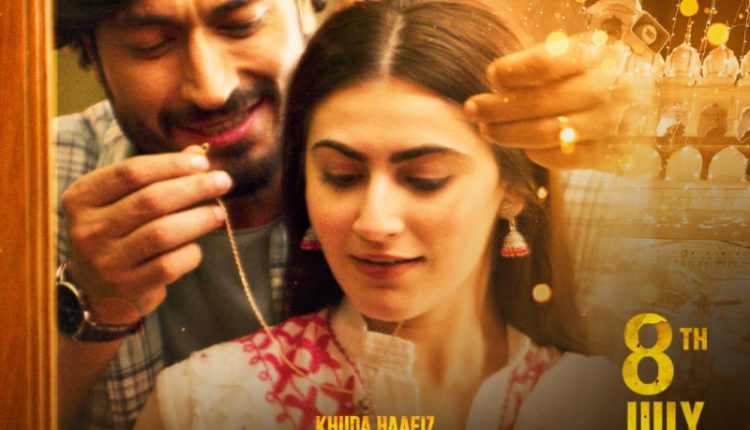 New Delhi (15/06/2022): The makers of Khuda Haafiz Chapter 2 Agni Pariksha bring a devotion-like love with its latest song ‘Rubaru’ that drops today. The trailer of the upcoming film directed by Faruk Kabir has been trending on YouTube; and it seems that the action-drama packs a musical extravaganza rich in emotional intensity. Themed on a devotion-like love, Rubaru happens to be the second song shot at the revered Hazrat Nizamuddin Aulia Dargah, the first being Kun Faya Kun from Rockstar.

Sure to inspire goosebumps, the chorus of this heartfelt Sufi anthem has been sung by the Qawals at the holy shrine. Rubaru is the director’s perspective of Sameer (Vidyut Jammwal) and Nargis’s (Shivaleeka Oberoi) story and their hardship as parents waiting for their daughter to return home. Beautifully composed by Vishal Mishra and penned by Manoj Muntashir, the song has been sung by Vishal Mishra and Asees Kaur.

Director Faruk Kabir shares, “It was my dream to shoot a song for my movie at Hazrat Nizamuddin Aulia Dargah and I’m so grateful that it came true. Rubaru is a soulful song that captures Sameer and Nargis’s challenge of mending their love and finding their daughter. It’s my take on their bond of love and their journey as they evolve as partners and parents.”

Vishal Mishra says, “Sufi songs have been lifesavers for so many of us. Rubaru depicts the purity and serenity of Sufism. We seek the almighty in the work we do and in the love that binds us. This song underlines that message of love. I’ve composed the song with utmost sincerity and I hope it becomes part of the listeners’ journey of love.”

Digital and Distant care is the future of Healthcare, says Dr Yojna Jain in a Ted Talk